A report on a fact-finding mission to Poland in November last year draws attention to increasing attacks and discrimination against LGBTI people in the country, focusing on cities, provinces and regions that are adopting family charters and resolutions against so-called “LGBT ideology”. 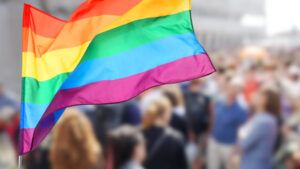 Another, more general report on “The role and responsibilities of local and regional authorities in the protection of LGBTI persons” denounces the “backsliding” observed in Council of Europe member states with regard to the rights of LGBTI persons.

Referring to anti-LGBTI initiatives by Polish cities, provinces and regions, Andrew Boff said: “These cities and regions make up a third of all Poland, so the impact on LGBTI people is not negligible”. He emphasised that family declarations and charters are detrimental to the rights, safety and well-being of LGBTI people in Poland and contrary to the crucial role that territorial authorities should have in defending citizens’ rights and promoting dialogue and social cohesion. However the rapporteur underlined that some cities have withdrawn the declarations they had signed and others have cancelled the charters. “This is therefore not a static situation. Opinions can vary and evolve,” he noted. On the basis of the fact-finding report, a resolution will be submitted to the Congress before the summer, calling on Polish local and regional authorities to withdraw their declarations and family charters and to develop policies that will protect the rights of vulnerable groups.

Meanwhile a separate Europe-wide report on protecting LGBTI people in the context of rising anti-LGBTI hate speech and discrimination highlights the increasing contestation of their rights, recognition and identity. It examines how this negative trend has affected the lives of LGBTI people, paying particular attention to the health and well-being of LGBTI youth. The report also presents good practices in promoting and defending rights of LGBTI people all over Europe. A recommendation and resolution based on this report will be presented for adoption by the Congress before the summer.