Two Dutch companies backed by the European Union have created the first marine algae and solar park in the North Sea, allowing solar energy production and algae cultivation on the same site. 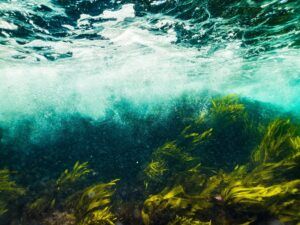 A marine solar energy developer and a seaweed company have created the world’s first solar and seaweed park in the North Sea. The two Dutch companies, Oceans of Energy and The Seaweed Company, are partners in the EU-funded UNITED project, which aims to promote more efficient and sustainable use of ocean resources.

The marine park has been installed on test sites in the North Sea, twelve kilometres off the coast of Scheveningen, a suburb of The Hague. By combining solar energy production with algae cultivation on the same site, the partners have been able to demonstrate the potential of growing algae for food in the spaces between the offshore wind turbines.

In 2019, Oceans of Energy installed one of the world’s first offshore solar farms, located in the North Sea off the Dutch coast. According to an article published on the Energy Global website, at this stage the system generated a year’s worth of clean energy, withstood marine weather and survived waves of up to four metres, as well as storms Ciara and Dennis during the winter of 2019.

Later, the project team tested the solar panels in more challenging conditions. The system at the current test site, further offshore, was built to withstand waves of up to thirteen metres. “The system is ready for offshore wind and solar farm projects, in addition to creating between 100 and 5,000 MW of offshore solar power per project. With only 5 % of the Dutch North Sea, half of the energy consumption of the Netherlands can be generated. This can be achieved by using the space between the wind turbines,” the article states.

“After experimenting with the first marine solar system in the North Sea, I am delighted to combine food production with clean energy generation, two very important needs,” said Allard van Hoeken, founder and CEO of Oceans of Energy, in an article published on the “DutchNews.nl” website. The cultivation of algae for food production, which is currently mainly concentrated in Asia, could reduce the pressure on fish stocks in our oceans. However, it is not only a valuable food resource. It can also be used to produce cosmetics, fuel and building materials. There is huge commercial potential in the production of high quality algae, according to the UNITED website, and combining this activity with wind farms would have the potential to reduce costs and increase efficiency.

The UNITED project (Multi-Use offshore platforms demoNstrators for boostIng cost-effecTive and Eco-friendly proDuction in sustainable marine activities) is also conducting demonstrations at pilot sites in Belgium, Denmark, Germany and Greece. In addition to offshore wind energy and seaweed cultivation, aquaculture of common mussels, fish aquaculture and restoration and aquaculture of flat oysters are also being tested in these four pilot demonstrations. The project will come to an end in June 2023.

More information on the project 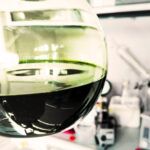