Journalists’ associations, the media, journalism schools and centers and professionals in the humanities can submit candidates for each of the press, radio and television categories from today until March 02nd, 2022. The reasoned proposals – see the rules of the call for the documentation to be provided – should be sent by registered mail or hand-delivered to the registered office of the Representation of the European Commission in Spain, Paseo de la Castellana 46, 28046 Madrid.

The objective of the “Salvador de Madariaga” Award is to recognize the work of journalists in the Spanish media who, in the 5 years prior to the date of publication of this call, have contributed – in the written press, radio and television – to improving knowledge of European integration and European policies.

The Representation of the European Commission, in agreement with the Association of European Journalists, will appoint a Jury composed of relevant personalities from the social and political spheres and the media. 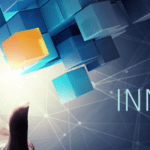