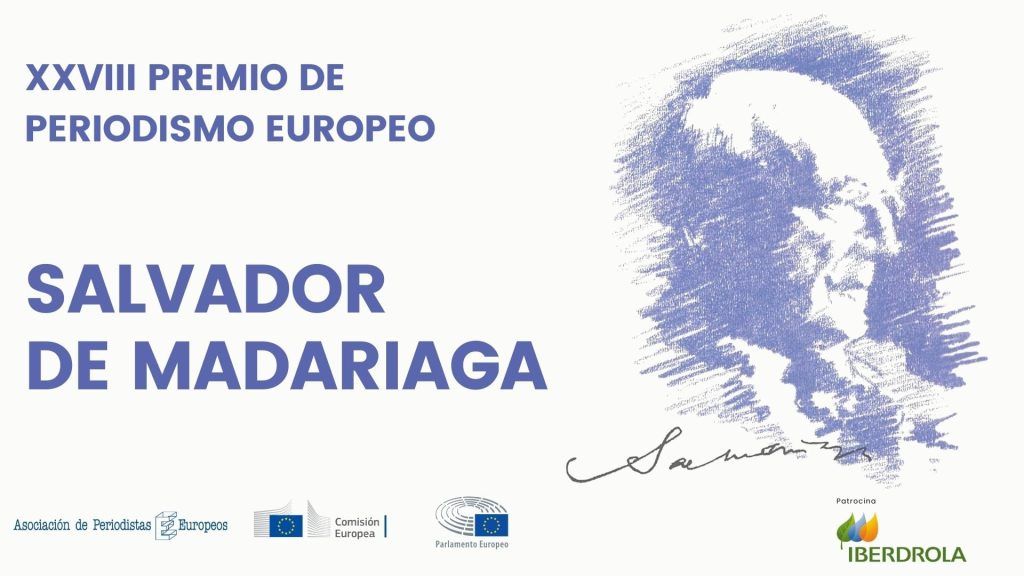 The award ceremony of the Salvador de Madariaga European Journalism Awards took place yesterday afternoon at the Alicante Music Auditorium of the Alicante Provincial Council. The winners of the XXVIII edition are Catalina Guerrero, delegate of the EFE Agency in Brussels, Julián Cabrera, news director of Onda Cero and Marta Carazo, correspondent of TVE in Brussels, in the categories of press, radio and television, respectively.

Miguel Ángel Aguilar, Secretary General of the Association of European Journalists (APE) opened the ceremony. His speech was followed by a short piano concert by Gonzalo Barceló Antón. Subsequently, Eduardo Dolón, deputy of Presidency, Economy and Internal Affairs of the Provincial Council of Alicante, Mar Iglesias García, president of the Valencian Media Corporation and José Manuel García Margallo, former Minister of Foreign Affairs and president of the Jury of the XXVIII edition of the award, took part in the ceremony.

The following were highlighted by Catalina Guerrero: “His long history of tireless reporting on European news in all its different angles, always with rigor and impartiality”. Of Julián Cabrera, they recalled the lines that have inspired his long career: “His journalistic qualities, inspired by the founding values of the EU, as well as impartiality and pluralism are projected today throughout the channel’s programming”. Regarding the work of Marta Carazo, they stressed that “She has been able to adapt to television, like few journalists, the information of the European Union and has done so not only by telling the decisions, but also by trying to give a voice to those who are directly affected by these decisions”.

After the award ceremony and the speeches of the winners, Josefina Bueno, Minister of Innovation, Universities and Digital Society of the Generalitat Valenciana, and Jaume Duch, Spokesperson and Director General of Communication of the European Parliament, intervened. Pascual Ignacio Navarro Ríos, Secretary of State for the European Union, was in charge of closing the ceremony.

When Catalina Guerrero received the award, she rendered tribute to the professionals who work in news agencies: “I would like to thank the jury of this XXVIII edition for having chosen a representative of ‘the pawns of information’ to recognize this anonymous, essential, rigorous and impartial work that we agency journalists do every day, reporting on the European project, now mature, but always alive, always evolving, especially from Brussels, but also from any city in Spain, Europe and the world”.

On his part, Julián Cabrera, reflected on the context in which the European project is evolving: “I believe that the European Union, after the trauma of Brexit, is facing two major challenges that will undoubtedly mark its future and perhaps its survival. One is the war in Ukraine or, in other words, the invasion of a sovereign European territory, even if it does not belong to the Union, with the consequent humanitarian, military and, above all, energy consequences. The other is the gradual rise of populisms embodied in formations of extreme ideology and, above all, anti-European, which practically no country of the Union can escape and which we can see in a very concrete way in the case of Spain. Now more than ever the maxim of ‘more Europe’ is more valuable, but also more than ever real alternatives to the problems of the citizens are necessary to prevent them from falling into the hands of ‘pied pipers'”.

Finally, Marta Carazo, expressed the importance of the award for the performance of her work: “The European Union is a universe of information, which is constantly growing. Covering it, understanding it and explaining it is the greatest challenge I have faced in my professional career. But it is also the most enriching experience. That is why the Salvador de Madariaga Award thrills me enormously. It is a recognition and a responsibility that stimulates me and helps me to continue my efforts to help viewers understand Europe”.

The prize, consisting of a diploma and an endowment of 12,000 euros in each category, is organized by the Association of European Journalists, the Representation in Spain of the European Commission and the Madrid Office of the European Parliament and is awarded annually in the three categories of written press, radio and television. 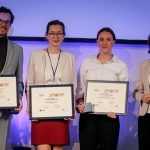