Julián Cabrera, news director of Onda Cero, Marta Carazo, TVE correspondent in Brussels, and Catalina Guerrero, EFE delegate in Brussels, were the winners of the 28th edition of the Salvador de Madariaga Award. 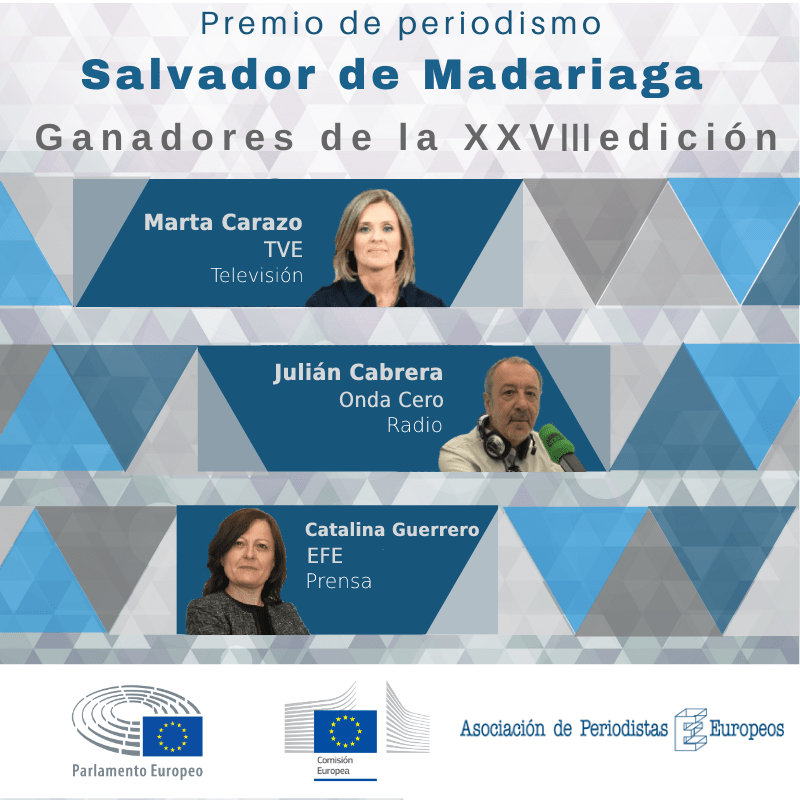 Madrid, 9 May 2022 -Catalina Guerrero, EFE delegate in Brussels, Julián Cabrera, news director of Onda Cero and Marta Carazo, TVE correspondent in Brussels, are the winners of the 28th edition of the Salvador de Madariaga European Journalism Award in the categories of written press, radio and television, respectively.

In the written press category, Catalina Guerrero was awarded the prize “for her long career of tireless reporting on European current affairs from all angles, always with rigour and impartiality and with the proud anonymity of a news agency“.

In the radio category, the jury singled out Julián Cabrera’s “sixteen years at the helm of the news services, which testifies to journalistic qualities inspired by the EU’s founding values. The impartiality and pluralism he has shown throughout his long career are now reflected throughout the channel’s programming“.

During its deliberations, the jury decided to award the prize in the television category to Marta Carazo for “her rigour and clarity; for her ability to convey and explain the European Union in an understandable way and to do so from all points of view, not just the institutional one. Marta Carazo has been able to adapt information about the European Union to television like few other journalists, and she has done so not only by explaining the decisions, but also by trying to give a voice to those who are most directly affected by those decisions.”

The prize, consisting of a diploma and a prize of 12 000 euros in each category (written press, radio and television), is awarded annually by the Association of European Journalists, the European Commission Representation in Spain and the European Parliament Office in Madrid. It rewards the work of media professionals whose work helps to shape public opinion on the European Union on the basis of solid information and evidence.

The award ceremony will take place on 25 May in Alicante. 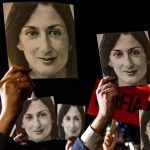