Results of the II Copernicus Hackathon in Central America 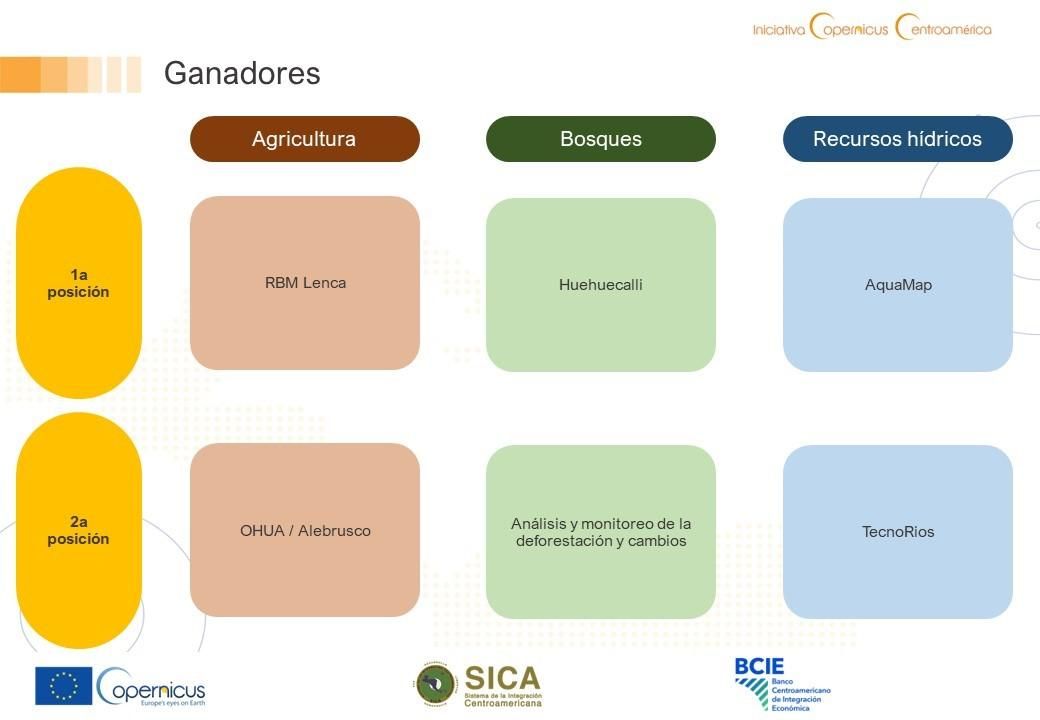 For nearly 3 weeks, 150 participants in 44 projects competed to demonstrate the originality of their ideas based on Copernicus technology. This second edition builds on the great interest of the last Hackathon on disaster risks which had an almost exact number of participants and stands out for being the first Copernicus competition to be held outside Europe.

With the objective of generating local entrepreneurial network, under criteria of usefulness to Central America, quality and social benefit for the region, the competition received high valued and dedicated proposals, with results with scores that ranged within a few tenths of a point, reflecting the effort, interest and motivation of the Central American community. The profile of the participants was mixed: specialized students, young graduates, experienced professionals seeking to develop their lines of work, research and teaching staff with excellent proposals.

The teams competed by defending their ideas based on remote sensing, during a cycle of two evaluations. The first was technical, where experts in the European Copernicus program evaluated the formulations and technical feasibility of the proposals, filtering 12 finalists, 4 per category, from their technical documents. The second evaluation was live during the closing ceremony with the broadcast of a short video by team and then the defense of each finalist project. The panel of judges included Diana Laguna Caicedo, Vice Minister of the Environment of Panama; Berta Olmedo, Executive Secretary of the Regional Committee on Water Resources (CRRH); Emmanuel Picado, Director of Information Technology, Communication and Digital Agriculture at the Inter-American Institute for Cooperation on Agriculture (IICA) and finally Marcela Cardoza, Coordinator of Entrepreneurship of the Regional Center for the Promotion of Micro, Small and Medium-sized Enterprises (CENPROMYPE).

This competition was attended by the Ambassador of the European Union in El Salvador and to SICA, H.E. François Roudié and the Minister of Science, Innovation, Technology and Communications of Costa Rica, H.E. Carlos Enrique Alvarado Briceño, former ambassador of the Copernicus Central America Initiative. The relevance of this competition was also highlighted by H.E. Mr. Luis Ricardo Oliva Ramos, Administrator of the Copernicus Central America Initiative. Luis Ricardo Oliva Ramos, General Administrator at the National Authority for Government Innovation of Panama (AIG); Celia Maria Arguello, Head of the Regional Center for Innovation and Technology of the Central American Bank for Economic Integration (CABEI); Alberto Menghini, Head of Regional Cooperation of the European Union in Central America; Carmen Elena Ibarra, Director of Trade Integration of the Vice Ministry of Economic Affairs and International Cooperation (VAECI) and Technical Coordinator of the PPT of SICA of the Dominican Republic; Jorge Cabrera, Advisor to SG- SICA; and Teresita Chinchilla, Technical Coordinator of the Association of Forest Communities of Petén (ACOFOP).

Of the winning proposals, in agriculture, the RBM Lenca project by Dariana Isamel Avila, addresses the competing interests and the threat of climate change in water management. It intends to participate with the communities and co-management committees of the Maya Biosphere Reserve (MBR) where they show their needs and learn how to manage water and, based on their needs, make use of the Copernicus program, especially Land Monitoring and Climate Change, combining 4 essential forecasts: meteorological, eco-hydrological, agricultural and water.

The winning proposal in the forest or forestry category was for the Huehuecalli project. Configured by Ligia Judith Garcia Loaisiga, Laura Alejandra Cabezas Ortiz, Luisa Barrero Chimbi and the winners of the previous edition, Jorge Masis Aguilar and Fernando Bermudez-Kuminev, they have consolidated themselves as promising young Central Americans in the field of remote sensing. Their project is an online platform that, through the use of products generated from the European Copernicus program, accompanies local governments in the Central American region in decision-making and monitoring processes in urban and peri-urban territorial planning. It makes it possible to visualize information for the analysis of conditions and indicators such as the heat island effect, forest connectivity, biodiversity, vegetation health, land use occupation in municipalities and carbon sequestration potential. Its key component is the Priority Area Classifier (CAP), a consultation tool that generates a categorization of the municipal territory for the determination of priority areas for intervention and conservation.

The last category, water resources, was won by the AquaMap project, by entrepreneur Aarón Enrique Estévez Flamenco. AquaMap is a service that provides satellite information of inland water bodies with a high frequency and complete coverage of the surface of lakes and reservoirs. In a user-friendly environment, a smartphone and internet application provides scientific water data obtained and estimated from Sentinel-2 and Sentinel-3 satellites for analysis, monitoring, metrics control and environmental studies. It is ideal to complement in situ water observations due to its main feature of synoptic information. It is oriented to hydroelectric companies, fish farmers, water treatment plants, environmental organizations, and national and international cooperations. Ultimately, it seeks to promote the conservation and protection of aquatic ecosystems, as well as to strengthen the economic development and food security of direct and indirect water users.

The excellent quality of the proposals and the great motivation demonstrated reflects the ambition of Central American youth to demonstrate their potential. 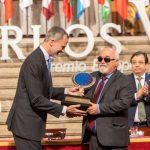