Rye bread or porridge oats may not be everyone’s first choice of breakfast, but scientists say Europeans need to broaden their taste in cereals both to boost their own health and to protect the future of Europe’s farming. 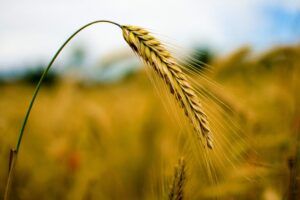 Wheat makes up nearly half of all cereals grown in the EU. The rest is mainly maize and barley. Although Europe’s strategy to focus on a few high-yielding plants has produced bumper harvests, the lack of genetic variation means the crops are more susceptible to disease, pests and drought, scientists say.

Researchers on the HealthyMinorCereals project evaluated more than 1,700 genotypes – sets of genes in a plant’s DNA – for specific traits including yield, nutritional quality and resistance to disease. They carried out field experiments in Estonia, the UK, the Czech Republic and Crete.

The project’s results should help breeders develop varieties of cereal – including common wheat – which are better suited to the changing climate and need fewer pesticides. For example, the researchers found one genotype of spelt that is resistant to a fungus called fusarium head blight.

Globally, more than 6,000 plant species have been cultivated for food, but just nine of these account for 66% of the world’s crop production, according to the UN’s Food and Agriculture Organization (FAO).

Growing a diverse range of crops and cutting the amount of chemical inputs is better for the environment, and the health of the soil.

Some of the minor cereals contain more health-boosting nutrients like iron, zinc and antioxidants compared to common wheat, the researchers found.

Fears about the lack of diversity on farms are widespread, even affecting traditional farmers working on small farms high up in the Andes mountains in South America. Some of them are ditching a wide variety of crops in favour of quinoa, a lucrative ‘superfood’ which has become popular in Europe and North America.