As of 14 February 2021, four cases of Ebola virus disease (EVD), including two deaths, have been reported in the North Kivu province in the eastern part of the Democratic Republic of the Congo (DRC) as well as seven cases in Guinea, including three deaths. 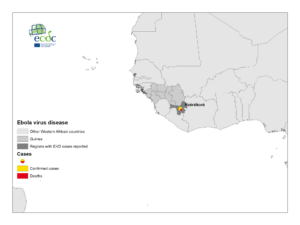 On the other hand, according to the World Health Organization’s Regional Office for Africa and the Ministry of Health of Guinea, on 28 January 2021, a healthcare worker from Goueké Health Center died. Six people who attended his funeral on 1 February 2021 later began to show Ebola-like symptoms (diarrhoea, vomiting and bleeding). Two of these cases have since died and the other four have been hospitalised.

There is a risk that cases may flare up in several areas of Africa. In addition, as the virus is present in the animal reservoir in many parts of the country, Ebola virus disease outbreaks are recurrent. The information currently available is insufficient to be able to confidently assess the likelihood of further or more widespread transmission. Continuing response measures and follow-up of survivors are essential to detect and interrupt transmission early on.

Significant developments have been made in the prevention of Ebola virus disease, with two vaccines now licensed for use in several countries. Assuming that healthcare workers (including EU/EEA citizens who could be deployed in response to this outbreak) are vaccinated and adhere to recommended precautionary measures, the risk of them becoming infected is low. 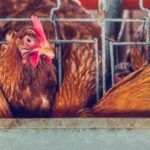