The implementation of INTERACT (‘Interoperability Standards for Unmanned Armed Forces Systems’), a project selected under the 2019 call for proposals for the EU Preparatory Action on Defence Research (PADR) managed by EDA, was officially launched at an online kick-off meeting on 21 June 2021.

The aim of this 1.5 M€ project, financed by the European Commission, is to create a basis for a future European interoperability standard for military unmanned systems. For that purpose, the technical knowledge and operational experience available in Europe on control, monitoring, and application of unmanned systems will be integrated for the concept definition of a future European cross-industry interoperability standard. This standard will allow unmanned assets to be deployed flexibly in different configurations, such as singular deployment, in manned-unmanned teaming or as autonomous swarms independent of organisational or national provenance.

For this project an important consortium of 19 members including research and technology organisations, small and medium-sized enterprises as well as large industrial groups has been set up by the consortium coordinator Fraunhofer-Institut für Optronik, Systemtechnik und Bildauswertung (IOSB).  The fact that so many different entities are working together in this project was praised at the kick-off meeting as a very good start to set the way for a common unmanned systems standard.

The contractual aspects of this project (which is based on a grant agreement) is managed by EDA under a delegation agreement signed with the European Commission. By this agreement the Commission entrusts EDA with the management and implementation of the research projects launched within the PADR.

The INTERACT project is part of the Preparatory Action on Defence Research launched by the European Commission in 2017 to assess and demonstrate the added-value of EU supported defence research and technology. It paved the way for a proper European Defence Programme to come as part of the European Defence Fund (EDF), under the EU’s Multiannual Financial Framework (2021-2027). The PADR implementation is run by EDA following the mandate via a delegation agreement between the European Commission and EDA signed on 31 May 2017. 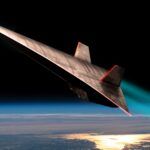