“The Realm”, by Rodrigo Sorogoyen, competes for the Parliament’s award with “Cold Case Hammarskjöld- and -God Exists, Her Name Is Petrunya-. 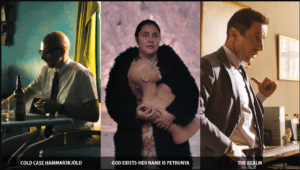 This year’s shortlist for the LUX Film Prize was unveiled at a press conference in Rome on 23 July. The three finalists for the Parliament’s annual film award are:

Dag Hammarskjöld died in a suspicious plane crash in 1961 on his way to ceasefire negotiations in order to resolve a conflict in Katanga, Congo, in which significant economic interests were at stake. The Swedish UN Secretary General was a progressive politician who wanted to prevent Western countries like Britain and France from reinstating their influence in Africa, after colonies had gained independence. Mads Brügger’s slow-building documentary sheds light onto the mystery. This is the third time in the LUX Prize’s history that a documentary is among the three finalists.

God Exists, Her Name Is Petrunya

What happens when a women takes part in a race traditionally reserved for men and manages to get hold of a holy cross that an Orthodox priest throws into a river? Petrunya does precisely that and enrages both the men and the priest, who draws the police into the case. Although not initially a feminist, Petrunya refuses to give in to demands that she return the cross and fights for equal rights. “Why don’t I have the right to a year of good fortune?” she asks referring to the “prize” for the winner of the contest.

How far will someone go to hold on to power? This adrenaline-charged thriller deals with political corruption. It tells the story of the demise of a successful politician and his fiefdom, which had looked destined to last forever. Get ready for bitter arguments, tense car chases and clashes with a probing press.

Parliament’s LUX Film Prize helps European films circulate beyond their national borders. That is why the three shortlisted films are subtitled in all of the EU’s 24 official languages. If they aren’t in a cinema near you over the next couple of weeks, watch out for the LUX Film Days this autumn, when they will be shown in more than 50 cities and many film festivals across Europe. 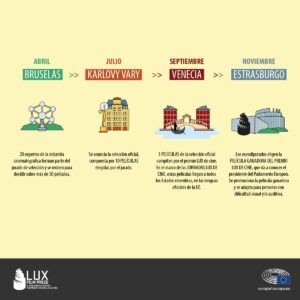 The winning film will be chosen by MEPs and the prize awarded on 27 November during the plenary session in Strasbourg in the presence of the film makers.