An EU-funded project team is helping citizen scientists collect neighbourhood traffic data. Their hope is that it will assist local communities to campaign for local policy changes resulting in effective traffic solutions. 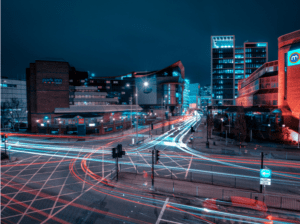 Today’s cities face a wide variety of transport challenges that can’t be solved with a one-size-fits-all approach. Addressing urban mobility challenges requires not only better infrastructure and technology, but also a change in societal behaviour. This change can come about through greater citizen participation in transport policymaking, which the EU-funded WeCount project aims to realise by empowering citizens to take the lead in producing data on traffic in their own neighbourhoods.

With this ambition in mind, WeCount researchers are giving out 150 sensors to citizens in Cardiff (United Kingdom), as part of a survey to record traffic on the city streets. The survey will operate throughout the city and wider region, with local citizens as participants. Cardiff is a growing city with varied transport challenges that are faced by its citizens and the 90 000 or so commuters who travel into the city every day, the majority of them by car.

The traffic sensors and how they collect data

The road traffic counting system being used for the WeCount survey is called Telraam. The Telraam sensors are being installed in a window with a clear view of the street outside each survey participant’s home. This will provide real-time data on the number, types and speeds of vehicles using that particular street. The installed devices are a combination of a Raspberry Pi microcomputer, sensors and a low-resolution camera. The Raspberry Pi’s small size and low cost make it ideal for citizen science projects of this type. The traffic count data is uploaded straight from the Telraam device to an open-access database using local wifi.

The knowledge generated from this data will be used to facilitate a citizen-led debate on local transport and air pollution that could lead to sustainable traffic solutions. “Everywhere you go, you get a different story,” commented Prof. Enda Hayes of project partner University of the West of England, Bristol in a news item posted on the ‘WalesOnline’ website. “Some people are worried about speeding, congestion, air pollution or noise pollution. Maybe you want to do a Low Traffic Neighbourhood, but you need the data to inform that debate. We’re trying to provide the data to have that argument.”

Besides Cardiff, another five pilot cities are involved in the WeCount project: Leuven, Madrid, Barcelona, Ljubljana and Dublin. The traffic data gathered in each city will be used to explore issues revolving around cycling, traffic management, and air and noise pollution. A total of 200 to 250 sensors will be installed in each region.

According to the same news item, once the sensors are in operation, WeCount (WeCount: Citizens Observing UrbaN Transport) will begin to train the citizen scientists on how to analyse the data and communicate the relevant information in their local area. The project will run until November 2021.