Inicio » EU News » Defence & Security » Cybersecurity » Radicalisation in the EU: what is it? How can it be prevented? 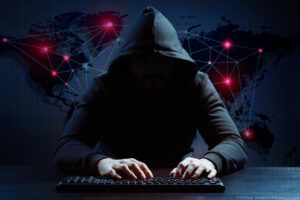 Radicalisation is a growing cross-border threat. But what is it, what are the causes and what is the EU doing to prevent it?

Radicalisation is not a new phenomenon, but it is increasingly a challenge, with new technologies and the growing polarisation of society making it a serious threat throughout the EU.

The terrorist attacks in Europe over the last few years, many of which were perpetrated by European citizens, highlight the persistent threat of homegrown radicalisation, which is defined by the European Commission as the phenomenon of people embracing opinions, views and ideas, which could lead to acts of terrorism.

Ideology is an intrinsic part of the radicalisation process, with religious fundamentalism often at its heart.

However, radicalisation is rarely fuelled by ideology or religion alone. It often starts with individuals who are frustrated with their lives, society or the domestic and foreign policies of their governments. There is no single profile of someone who is likely to become involved in extremism, but people from marginalised communities and experiencing discrimination or loss of identity provide fertile ground for recruitment.

Western Europe’s involvement in conflict zones such as Afghanistan and Syria is also considered to have a radicalising effect, especially on migrant communities.

How and where do people become radicalised?

Radicalisation processes draw on social networks for joining and staying connected. Physical and online networks provide spaces in which people can become radicalised and the more closed these spaces are, the more they can function as echo chambers where participants mutually affirm extreme beliefs without being challenged.

The internet is one of the primary channels for spreading extremist views and recruiting individuals. Social media have magnified the impact of both jihadist and far-right extremist propaganda by providing easy access to a wide target audience and giving terrorist organisations the possibility to use “narrowcasting” to target recruits or raise “troll armies” to support their propaganda. According to the 2020 EU Terrorism Situation and Trend report, over the last few years, encrypted messaging applications, such as WhatsApp or Telegram, have been widely used for coordination, attack planning and the preparation of campaigns.

The EU’s fight to prevent radicalisation

Although the main responsibility for addressing radicalisation lies with the EU countries, tools have been developed to help at EU level: