Nearly one in three foodborne outbreaks in the EU in 2018 were caused by Salmonella. This is one of the main findings of the annual report on trends and sources of zoonoses published today by the European Food Safety Authority (EFSA) and the European Centre for Disease Prevention and Control (ECDC). 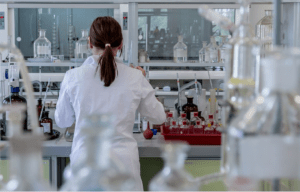 In 2018, EU Member States reported 5,146 foodborne outbreaks affecting 48,365 people. A foodborne disease outbreak is an incident during which at least two people contract the same illness from the same contaminated food or drink.

Slovakia, Spain and Poland accounted for 67% of the 1,581 Salmonella outbreaks. These outbreaks were mainly linked to eggs. Salmonellosis was the second most commonly reported gastrointestinal infection in humans in the EU (91,857 cases reported), after campylobacteriosis (246,571).

By far the highest increase in 2018 was in the number of West Nile virus infections.

“The reasons for the peak in 2018 are not fully understood yet. Factors like temperature, humidity or rainfall have been shown to influence seasonal activity of mosquitoes and may have played a role. While we cannot predict how intense the next transmission seasons will be, we know that the West Nile virus is actively circulating in many countries in the EU, affecting humans, horses and birds. ECDC is stepping up its support to countries in the areas of surveillance, preparedness, communication and vector control” said ECDC chief scientist Mike Catchpole.

Most locally acquired West Nile virus infections were reported by Italy (610), Greece (315) and Romania (277). Czechia and Slovenia reported their first cases since 2013. Italy and Hungary have also registered an increasing number of West Nile virus outbreaks in horses and other equine species in recent years.

Shiga toxin-producing E. coli (STEC) has become the third most common cause of foodborne zoonotic disease with 8,161 reported cases – replacing yersiniosis with a 37% increase compared to 2017. This may be partly explained by the growing use of new laboratory technologies, making the detection of sporadic cases easier.

Of the zoonotic diseases covered by the report, listeriosis accounts for the highest proportion of hospitalised cases (97%) and highest number of deaths (229), making it one of the most serious foodborne diseases.