Investigating the link between food and depression

Inicio » EU News » Investigating the link between food and depression

It is thought that people with obesity have an increased risk of developing depressive symptoms and depression. MooDFOOD conducted the first trial to directly test the impact of a food-related behavioural therapy alongside a multi-nutrient supplement, on the prevention of depression. 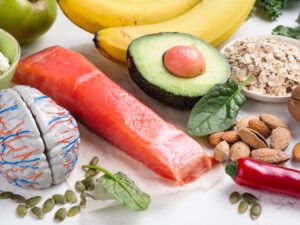 According to a recent EUROSTAT study, obesity rates for the 19 European Member States for which data was available, range between 8.0 % – 23.9 % for women and 7.6 % – 24.7 % in men (Eurostat 2011). Alongside this, the WHO has calculated that each year, about 7 % of the European population suffers from a major depression – making it one of the most prevalent disorders in the EU. This places a heavy burden on individuals, families and society as a whole.

MooDFOOD looked at the links between the two disorders to ask whether improving food-related behaviour and nutrient intake could help prevent depression, specifically for people prone to being overweight.

Based on a large number of studies and careful analysis, the researchers came to three conclusions. Firstly, a healthy diet – high in fruit, vegetables, whole grains, fish, pulses and olive oil, and low in red meat and full-fat dairy products – may reduce the risk of developing depression. Secondly, in people with obesity, weight loss can lead to a reduction in depressive symptoms. Thirdly, current evidence does not support the use of nutritional supplements in order to prevent depression.

Examining the links between mood and food

After reviewing the scientific literature, the MooDFOOD researchers developed a theoretical model to highlight which relationships between food and depression merited further investigation. The model also incorporated the influence of lifestyle, the environment and psychology.

The team chose a Mediterranean-like diet for the food-related behavioural therapy. For the nutrient supplement therapy, they combined several promising nutrients at dosages reported to be effective in some individual studies, but very unlikely to cause harm (1 412mg omega-3 fatty acids, 30μg selenium, 400μg B-11 vitamin, and 20μg D-3 vitamin plus 100mg calcium). 21 individual and group food-related behavioral activation (F-BA) sessions were undertaken over a year, versus no F-BA (blinded to researchers).

While results within the F-BA and without have suggested a link between a healthy diet and overall health, (mental, as well as physical), primary analysis of the trial’s results showed the link not to be as unequivocal as the team had hoped. 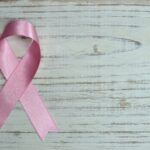