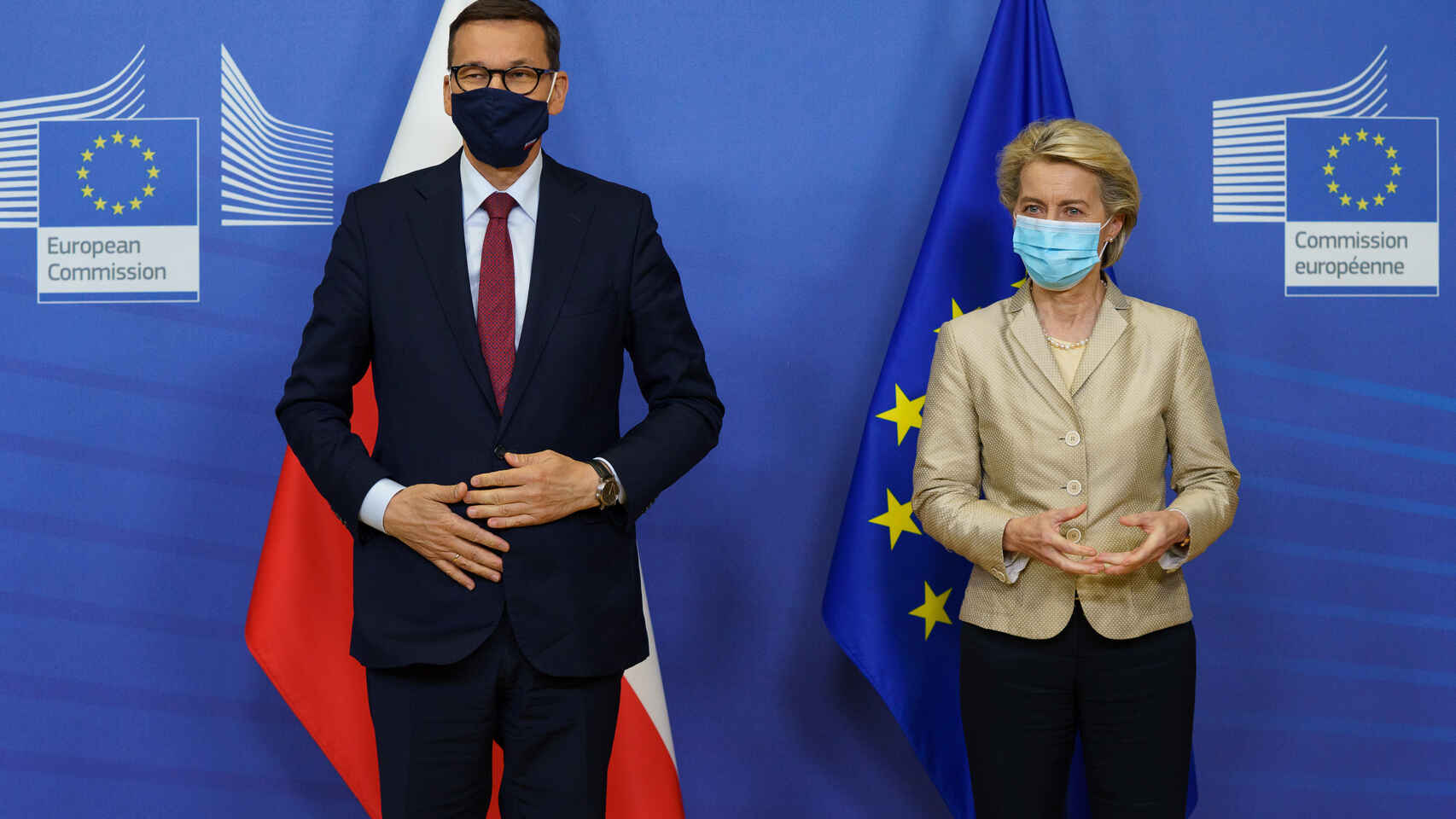 Yesterday, the European Commission took two separate decisions, both related to decisions of the Court of Justice and where the actions of the Polish authorities continue to undermine the functioning of the Polish justice system.

First, the Commission decided to request the Court of Justice to impose financial penalties on Poland to ensure compliance with the Court’s interim measures order requested under Article 279 TFEU (of 14 July 2021). The order related to the functioning of the Disciplinary Chamber of the Polish Supreme Court and the suspension of further provisions of Polish law affecting judicial independence. The Commission is asking the Court to impose a daily penalty payment on Poland for as long as the measures imposed by the Court’s order are not fully implemented.

Second, the Commission also decided to send a letter of formal notice under Article 260(2) TFEU to Poland, for not taking the necessary measures to comply fully with the judgment of the Court of Justice (of 15 July 2021) finding that Polish law on the disciplinary regime against judges is not compatible with EU law.

The Polish authorities replied to the Commission on 16 August.

As regards the interim measures order of 14 July, after having examined the reply of the Polish authorities, the Commission considers that Poland has not taken all the measures necessary to fully comply with the Court’s order. In particular, the provisions concerned by the order continue to be applied. For instance, the Polish authorities recently opened a disciplinary investigation against an ordinary court judge who applied the order of 14 July in a case pending before him. Moreover, the Disciplinary Chamber continues functioning.

As regards the Court’s judgment of 15 July, the Commission considers that Poland failed to take the necessary measures to implement it. Poland informed about the intention to dismantle the Disciplinary Chamber in its current form, but without providing any further details. For example, the President of the Disciplinary Chamber continued to designate disciplinary courts of first instance to hear disciplinary cases of ordinary court judges. If the Commission finds that the Polish reply to today’s letter of formal notice is not satisfactory as a next step, the Commission may bring the case, once more, before the Court of Justice.

President Ursula von der Leyen said: “Justice systems across the European Union must be independent and fair. The rights of EU citizens must be guaranteed in the same way, wherever they live in the European Union.”

Vice-President for Values and Transparency, Věra Jourová said: “The rulings of the European Court of Justice must be respected across the EU. This is a must to build and nurture the necessary mutual trust between Member States and citizens alike. Recent European Court of Justice rulings regarding the independence of Polish judges have not been fully implemented in Poland. For instance, the Disciplinary Chamber is continuing some of its activities against judges, even though all those activities were supposed to be fully suspended. Today, we are taking next steps to address that situation, and we remain ready to work with Polish authorities to find solutions.”

Commissioner for Justice, Didier Reynders said: “I have always said that the Commission will not hesitate to take all the necessary measures to ensure the full application of EU law. In July, the Court of Justice rendered two key rulings to protect judicial independence in Poland. It is essential that Poland fully complies with these rulings. That is why the Commission, as Guardian of the Treaties, is taking action today.”

On 29 April 2020, the Commission launched an infringement procedure on the law of 20 December 2019 amending a series of legislative acts governing the functioning of the justice system in Poland. On 31 March 2021, the Commission decided to refer Poland to the Court of Justice and asked for the interim measures. On 14 July 2021, the Court of Justice imposed interim measures on Poland, related to the functioning of the Disciplinary Chamber of the Supreme Court in Poland, granting the request of the Commission on all points. The Court ordered Poland in particular to immediately:

On 15 July 2021, the Court of Justice ruled in its judgment in case C-791/19 that the disciplinary regime for judges in Poland is not compatible with EU law. The Court upheld all the claims brought forward by the Commission. The Polish disciplinary regime undermines the judicial independence of Polish judges and it does not ensure the necessary guarantees to protect judges from political control.