International trade and globalisation have great potential to create jobs in the EU and beyond. Yet, growing global competition can endanger human rights by for example leading to worker exploitation. As human rights are a priority of its foreign policy, the EU uses its trade policy to promote and protect human rights in non-EU countries through preferential trade deals, as well as unilateral trade restrictions. 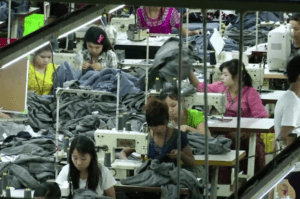 One of the EU’s main tools to protect human rights and labour rights in non-EU countries is the Generalised System of Preferences (GPS). This scheme grants 90 developing countries preferential trade access to the EU market. However, this depends on them respecting human rights. Access can be withdrawn when systematic violations occur. The EU’s strategy is to encourage gradual progress through dialogue and monitoring. Sanctions are used only in extreme cases. Suspension of GSP preferences has occurred three times: with Myanmar in 1997, Belarus in 2007 and Sri Lanka in 2010.

The EU can also impose unilateral trade restrictions or set due diligence obligations for importers to ensure that money from trade with the EU is not being used to fund conflict and human rights violations in these countries.

The EU has taken steps to ban the import of conflict related minerals. In 2002, after recognising the impact international trade in diamonds has on human rights, the EU adopted rules that ban all imports of rough diamonds without a certificate of origin. To prevent the international trade in minerals from funding conflict and human rights violations, MEPs adopted in 2017 rules obliging EU importers of tin, tungsten, tantalum and gold to carry out due diligence checks on their suppliers. The regulation will be fully in force from 2021.

EU rules ban any trade in goods and services that may contribute to torture or execution. Since 2004, an export control system is in place, which checks and prohibits goods that may be used to treat people badly. Authorisation is necessary for items that have legitimate purposes but that can also be used for human rights violations, such as medicinal substances.

The EU has rules to ensure that products and technologies originally produced for civilian use in Europe cannot be used to violate human rights. Dual-use items are goods, software, or technology that, besides their original purpose, can be abused. Examples of other uses include developing weaponry, committing terrorist attacks, spying on people, or infiltrating computer systems, hacking computers, or intercepting mobile phones.

In 2017, Parliament adopted a resolution calling for EU rules obliging textile and clothing suppliers to respect workers’ rights. It proposed a due diligence obligations system, meaning investigation into the standards of human rights before entering a trade agreement. Non-EU countries would have to comply with EU norms to produce sustainable and ethical textiles. Parliament also wants the EU and member states to promote International Labour Organisation standards on wages and working hours with partner countries in the garment sector.

A 2016 Parliament resolution calls for ways to trace evidence of forced and child labour. Measures include labelling child-labour-free products, giving trade preferences to countries that meet certain labour standards and prohibiting the import of products made by child labour.

Related infographics: The EU’s position in world trade in figures