Europe’s next pair of Galileo, currently the world’s most precise satellite navigation system, serving more than two billion users around the globe,  satellites have been given a green light for launch. Last Friday’s Launch Readiness Review confirmed that the satellites, the supporting ground installations, and the early operations facilities and teams are ready for lift-off on the early hours of Thursday morning, European time.

Galileo satellites 27 – 28 are scheduled to be launched by a Soyuz launcher from Europe’s Spaceport in French Guiana on 2 December at 01:31 CET (1 December at 21:31:27 local Kourou time).

The Launch Readiness Review is an ESA-led review with participation of the satellite manufacturer OHB, the launch service provider Arianespace, the Galileo operator SpaceOpal, the EU Space Programme Agency (EUSPA) and the European Commission, as well as the programme’s Security Accreditation Board.

This was the last review before the Arianespace-led RAL (Revue d’Aptitude de Lancement) will takes place next week whereby the latest status of the launcher, the launch facilities and site, the global launch tracking facilities as well the satellites and its supporting ground infrastructure will be reviewed, resulting in the approval for the launch countdown.

The satellites arrived in French Guiana in early October, kicking off a busy launch campaign, including initial dispenser ‘fit checks’ and the filling with the hydrazine fuel that will be used to manoeuvre them during their 12 years of working life.

These satellites will add to the 26 satellites of the Galileo constellation already in orbit and delivering Initial Services around the globe.

This week’s lift-off will be the 11th Galileo launch in 10 years. Two further launches are planned for next year, to allow Galileo to reach Full Operational Capability in its delivery of services, to be followed by the launches of the rest of the Batch 3 satellites which are currently all undergoing final integration at OHB facilities in Bremen and on-ground verification testing at ESA’s ESTEC Test Centre in the Netherlands.

In parallel to Batch 3’s completion of Galileo First Generation deployment, the new Galileo Second Generation satellites, featuring enhanced navigation signals and capabilities, are already in development with their deployment expected to begin by 2024. 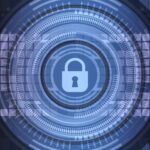 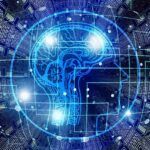