Various scientific projects, from seismology to cryptography, are bearing fruit thanks to accessing to first-class high-performance computing (HPC) systems in Europe. 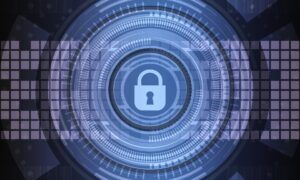 Typically used to solve advanced problems through modelling, simulation and analysis, HPCs are crucial to the advancement of research in science and engineering. Thanks to PRACE, a permanent pan-European research infrastructure for HPCs, scientists and researchers from academia and industry have access to supercomputers from all over Europe. They use these systems to make high-impact scientific discoveries and for engineering research and development. Thanks to the implementation phases of the PRACE research infrastructure since 2010, they have been able to achieve novel results through large-scale simulations of natural phenomena and technical systems and analysis of large data sets in different disciplines.

A milestone for cryptography

Among the different scientific projects supported by PRACE, there is one that obtained 32 million fixed hours on the German supercomputer JUWELS and represented a milestone for HPC in cryptography, as explained in a press release. The project, called New Records for Integer Factorization and Discrete Logarithm, achieved two records in RSA factorization. RSA (Rivest-Shamir-Adleman) refers to a public key encryption technology that is widely used to transmit data securely. According to the press release:

“A team of European scientists led by Paul Zimmerman of INRIA (France) announced that they had calculated the largest RSA key (RSA-240), along with the largest discrete integral logarithm (795 bits). […] it is a feat that goes beyond Moore’s law: considering the current improvements in “hardware”, we should have waited a few more years for this result. The improvements in the software that performs the number body sifting and the algorithms allowed to beat both records at the same time and to circumvent Moore’s law”.

PRACE is in its sixth implementation phase, within the framework of the PRACE-6IP project (PRACE 6th Implementation Phase Project). The objective of PRACE-6IP is to continue and expand the scope of PRACE with new and collaborative activities proposed by the consortium. It offers tailor-made training and skills development programmes and develops strategies and best practices for exascale computing with innovative software solutions. PRACE has twenty-six members representing the Member States of the European Union and the associated countries.