The provisional agreement reached yesterday by the European Parliament, the Council and the European Commission revises the European rules on social security coordination to ensure that they remain fair, clear and easier to enforce. This agreement updates and safeguards the rights of citizens moving to another EU country and facilitates the cooperation between national authorities. Among its innovations, job seekers will be given more time to find work abroad and the long-term care needs of older people living abroad will also be addressed. Moreover, national authorities will have better tools to address abuse or fraud and to verify the social security status of posted workers. 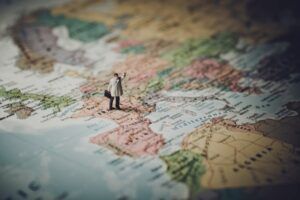 Each Member State determines the features of its own social security system, including which benefits are provided, the conditions for eligibility, how these benefits are calculated and what contributions should be paid, and this for all social security branches, such as old age, unemployment and family benefits.

To ensure that these essential rights are not lost when travelling or living abroad, regulations have been put in place at EU level over the last sixty years to ensure the coordination of such systems. These rules cover the EU28 as well as Iceland, Liechtenstein, Norway and Switzerland. The rules help to determine which system a mobile citizen is subject to. This prevents a person in a cross-border situation from being left without social protection, or from having double coverage.

Today, about 17 million European citizens live or work in another Member State – twice as many as a decade ago. Millions more travel regularly to other European countries for holidays, work and family reasons.

The Commission presented its proposal to update and complement the existing EU legislation in December 2016, as part of its efforts to ensure fairness for those who move as well as for taxpayers, and to provide better tools for cooperation between authorities in the EU. In particular, the new rules modernise the existing legislation in three main areas: unemployment benefits, long-term care benefits and social security coordination for posted workers.