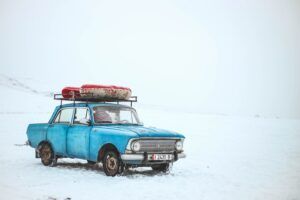 What are the key findings of the report?

The EEA report ‘Unequal exposure and unequal impacts: social vulnerability to air pollution, noise and extreme temperatures in Europe’ has four key messages. The first one is that the people who are already disadvantaged, in terms of socio-economic situation or their age, are also disproportionately affected by environmental hazards that we consider in the report. Secondly, there are big regional differences across Europe in terms of where the most disadvantaged regions are and where the pollution concentrates. Some regions are relatively wealthier and less polluted, while others are poorer or more disadvantaged, more polluted and more exposed to extreme temperatures. Another key point made in the report is that we, as the EU, have a good basis in European policy in terms of tackling vulnerabilities but more needs to be done in terms of implementation. This is actually quite urgent, because these inequalities are likely to persist in the future — at least some of them. So the final point the report highlights is that we need to look at local, national and European actions we can take.

What kinds of action are taken to address these inequalities and impacts?

A serious problem, especially in Eastern and some Southern EU Member States, is the ongoing use of coal as a source of domestic heating. This causes significant air pollution. There are, however, various national programmes of subsidies supporting the switch from coal-based domestic heating to gas and other less polluting sources that target the poorest households.

Why does the report focus only on air pollution, extreme temperatures and noise?

We can clearly see the impact of extreme temperatures on people’s lives in terms of both cold and extreme heat observed in recent decades. Despite significant improvements in Europe’s air quality, air pollution continues to be a significant health hazard to Europeans. Also in terms of noise, the World Health Organization (WHO) estimates that about one in five Europeans are exposed to road noise levels that might be affecting their well-being. So we focused on those hazards that have the most impacts on human health. Our focus was also partially determined by data availability and the very good knowledge base we have on these hazards.

What is the EU doing further in this area?

The issues we raised in our report were warmly welcomed by the European Commission and other stakeholders. In fact, various EU actors have already recognised the links between socio-economic and environmental problems and are working to ensure they are tackled more effectively together to improve Europeans’ well-being. The link between the environment and social issues is important, as we have seen with recent protests in France and the climate change strikes by students across Europe. The EU is addressing social and economic inequalities through various programmes like its regional and cohesion policies. These EU efforts complement other measures taken at national and local level.