European Semester 2019: What do we find in the winter package?

Inicio » EU News » European Semester 2019: What do we find in the winter package? 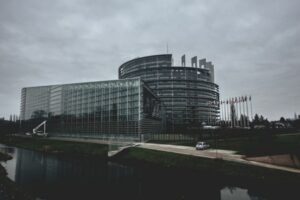 The European Commission has already published information on the winter package of the European Semester 2019:

What are country reports?

The country reports are analytical documents that provide an overview of the economic and social challenges in the Member States, as well as their policies. The reports are a tool within the framework of the European Semester, the EU framework for the coordination of economic and social policies, to monitor the implementation of the reform and identify the problems that Member States must address. For those Member States for which the Commission’s Alert Mechanism Report in November identified the need for in-depth review, the Country Reports include an analysis of whether countries are experiencing macroeconomic imbalances and, if they are, where measure.

The Country Reports will serve as a basis for discussion with the Member States of their national policy options before their national programs in April, and will lead to the formulation in the late spring of the country-specific annual Recommendations.

As usual, Member States have been consulted on the analytical elements of the reports prior to their publication and have been given the opportunity to verify the accuracy of the facts and figures. The final analysis is that of the Commission.

For which countries did the Commission publish in-depth reviews?

In the Alert Mechanism Report, published in November 2018 as part of the European Semester Package for Autumn, the Commission identified 13 Member States for a thorough review: Bulgaria, Germany, Ireland, Greece, Spain, France, Croatia , Italy, Cyprus, Holland, Portugal, Romania and Sweden. It was found that everyone, except Greece and Romania, also experienced imbalances or excessive imbalances in 2018.

In this Semester cycle, Greece underwent an in-depth review for the first time, after being integrated into the European Semester following the successful conclusion of its stability support program in August 2018. The Commission also considered that a review in depth for Romania was justified to assess the implications of continued deterioration in cost competitiveness and the country’s external balance.

The Commission has concluded that the 13 Member States examined face imbalances (10) or excessive imbalances (3), although the severity of the imbalances has decreased in some cases.

What are the next steps in the European semester?

The Council is expected to discuss the country reports along with the results of the in-depth reviews. In the coming months, the Commission will hold bilateral meetings with the Member States in the light of the analysis of the respective reports. The vice-presidents, commissioners and services of the Commission will visit the Member States to meet with governments, national parliaments, social partners and other interested parties and discuss the results of the reports. These visits will also include dedicated discussions of the annexes on how future EU cohesion policy funds could help address specific investment needs in the Member States.

In mid-April, Member States are expected to address the challenges identified in their National Reform Programs, establishing reform priorities and their Stability Programs (for countries in the euro area) or Convergence Programs (for countries that do not belong to the euro area), establishing its multi-year fiscal strategies. In addition to the role to be played by national parliaments, Member States are encouraged to involve the social partners closely and to ensure ownership of the reform process by a wider range of stakeholders, including regional and local authorities, since success depends on various levels of government, as well as civil society.