The three-year assistance measure, covering the period 2022-2024, continues the EU’s consolidated provision of long-term support to African-led peace support operations. Under the Fund, the African Union will be able to request support for individual peace support operations on an ad hoc basis, allowing for a rapid response to relevant security developments on the African continent.

In the framework of this Council Decision, the Political and Security Committee has approved additional support to further enhance the operational effectiveness of the Multinational Joint Task Force against Boko Haram (MNJTF) in partnership with the African Union, as well as to create a safe and secure environment in areas affected by the activities of Boko Haram and other terrorist groups. This is the first action supported under the new assistance measure for African-led peace support operations.

The EU will add €10 million to the resources already mobilised under the European Peace Facility for the Joint Multinational Force, bringing the total amount of support to €20 million and making it possible to extend it until the end of 2022. The above support was agreed on 16 December 2021 for the period from 1 January to 30 June 2022.

The support provided covers personnel costs, in addition to operational and logistical costs, in particular ground and air transport, communication equipment and medical services, so that the Multinational Joint Task Force can effectively carry out its mandate.

The EU remains the only major direct contributor to the Joint Multinational Force, with a total amount of €124.4 million since 2016. The EU stands ready to maintain close cooperation in the Multinational Joint Task Force activities and a strong commitment to contribute to them and to consolidate the achievements to date.

In line with the EU’s integrated approach to external conflicts and crises, EPF funding for the MNJTF is one element of a broader, coordinated and coherent response of the EU to support resilience, stabilisation and economic recovery in the Lake Chad Basin. This, in turn, should contribute to the implementation of the regional stabilisation strategy for Lake Chad, in close coordination with all key actors, in particular the Lake Chad Basin Commission and the African Union.

To date, the Council has adopted ten assistance measures under the European Peace Facility. 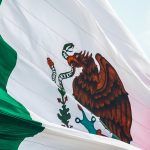