A majority of respondents in all the EU Member States that have yet to adopt the euro thinks that the common currency has had a positive impact on those countries that already use it, the latest Flash Eurobarometer shows. In total, 56% of respondents across the seven Member States (Bulgaria, Croatia, Czechia, Hungary, Poland, Romania and Sweden) share this view, up one percentage point over the last year and up a total of four percentage points since 2016.

Analysis of the data shows that respondents who feel informed about the euro are more likely to support its introduction (57% compared with 43% of those who do not feel informed).

…and prevail on their own country not being ready

The feeling of not being ready, however, is strong in all seven countries, but has decreased considerably in Hungary (65%) and Romania (56%), by respectively 8 and 13 percentage points over the last year. Now, 72% across all seven Member States do not think their country is ready for introducing the euro, while 23% think they are.

The Eurobarometer survey was conducted in April 2019 and involved over 7000 telephone interviews. 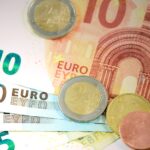 Croatia declares its intention to join the euro area

Croatia declares its intention to join the euro area