On beaches across Europe and the world, EU staff are joining hands with local communities to clean up marine litter as part of the #EUBeachCleanUp campaign. Launched on 19 August, this year’s campaign will run through October, culminating on Saturday 21 September, the International Coastal CleanUp Day, with actions taking place in over 80 countries, on all inhabited continents. 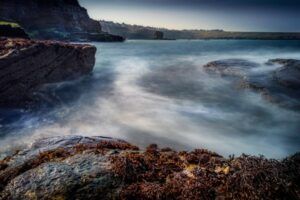 This year, thanks to innovative partnerships with the United Nations and the Smurfs, the campaign reaches thousands of citizens of all ages. The success of #EUBeachCleanup relies on its combination of awareness-raising – with a powerful social media presence – and very concrete call to action: come and join us at your beach!

Commissioner for Environment, Maritime Affairs and Fisheries, Karmenu Vella is proud of the campaign and invites everyone to participate: “The European Union has some of the most ambitious policies to fight marine pollution in the world. Together with the United Nations, we want our oceans to be cleaner and healthier – in line with the UN’s Sustainable Development Goal 14. This year, we have a new partner: the Smurfs. Blue, brave and with an exceptional appeal to young and old, they are the ideal partners of our campaign. Join our events and help us build a global wave of ocean activism!”

The many #EUBeachCleanUp events, happening in the coming weeks, will each bring tons of litter from seas and shores to local waste management facilities. The events are organised by EU embassies and UN offices across the world, jointly with local authorities, schools, NGOs and private companies. Through the campaign, the EU and partners want to engage the public and raise awareness, particularly among children and youth. When picking up litter from the beach, people will recognize many single use items: cotton buds, straws, plastic bags or cutlery… Being part of the event can spur long-term behavioural change.

Every year, 8 million tons of plastic litter are dumped into the sea and beach clean-ups, will not alone solve this massive challenge. Prevention is key. That is why the EU has adopted a European Strategy for Plastics in a Circular Economy along with legislative measures to reduce the production and consumption of the 10 single-use plastic items most commonly found in marine litter.