The EU joined other parties at the 18th Conference of the Parties (CoP18) to the UN Convention on Trade in Endangered Species (CITES), celebrated in Geneva, Switzerland, this last weekend to take additional measures to protect the world’s most threatened species against over-exploitation through international trade. 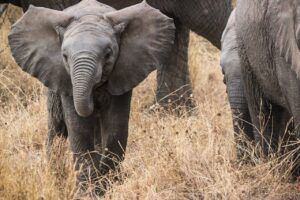 Convention on Trade in Endangered Species (CITES) is a global treaty that seeks to make international trade in wildlife sustainable and to counter illegal trade. The EU will push for more effective implementation of existing rules, including through a proposed Resolution on measures for ensuring the legality of trade under the Convention. In line with its priorities under the EU Action Plan against Wildlife Trafficking, at CoP18 the EU will promote better enforcement of the Convention’s provisions by all Parties, in particular by those countries that repeatedly fail to implement their obligations and which may need additional support to avoid trade sanctions as a matter of last resort. This is an absolute must to address illegal poaching and trafficking affecting elephants, rhinoceroses, tigers, pangolins and rosewood.

The adoption of a new ‘Strategic Vision’ for CITES for the years 2021 to 2030 will provide an opportunity to consolidate and clarify the role of CITES in the broader context of international environmental governance. This also includes the post-2020 biodiversity framework that is being developed in parallel under the Convention on Biological Diversity.