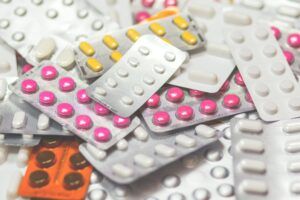 What effect is COVID-19 having on the largest criminal market in the EU?

This question is explored in EU Drug Markets: Impact of COVID-19, a new report out today from the European Monitoring Centre for Drugs and Drug Addiction (EMCDDA) and Europol. The analysis reports higher prices, local shortages and reduced purity for some drugs, while noting continued violence among suppliers and distributors. It also shows how organised crime groups remain active and resilient, by ‘adapting transportation models, trafficking routes and concealment methods’, even during the pandemic.

The two EU agencies have joined forces to improve understanding of drug market developments under COVID-19 and their impact on internal security and public health in the EU. The findings are based on opinions collected through a targeted EMCDDA online survey of drug experts in the EU Member States, Europol’s operational intelligence gathering on organised crime and structured monitoring of open source information.

According to the report, disruption to the drug trafficking supply chain is seen mostly at the distribution level, due to social distancing measures within the EU. With street dealing severely affected by restrictions on movement, consumers and dealers are increasingly turning to alternative methods, including the use of darknet markets, social media platforms and encrypted communication apps, with cashless payments and fewer face-to-face interactions. But while the logistics may have changed, the movement of bulk quantities of drugs between EU Member States has not ceased, despite border controls, due to the continued commercial transportation of goods across Europe.

There is less evidence of disruption at the wholesale importation level. Drug trafficking by maritime shipping continues at levels similar to the pre-pandemic period, although there has been a marked disruption in smuggling by air passenger transport. Cocaine trafficking via maritime shipping containers continues at levels comparable to 2019 and the number of cocaine seizures in some countries has increased. Heroin trafficking appears to continue along many of the known routes (e.g. Balkan route).

COVID-19 has exacerbated already ongoing disruption to the cannabis resin supply chain from Morocco into the EU. This, along with stockpiling of herbal cannabis by consumers, has led to some cannabis shortages and rising prices. Localised shortages of heroin have also been reported, which could lead to a switch to alternative substances (e.g. synthetic opioids). While the demand for cannabis and heroin remain largely stable, demand for synthetic drugs used in recreational settings has ‘significantly diminished’, due to the closure of clubs, nightlife settings and music events. Despite this, the production of synthetic drugs has continued.

Press release – where you can donwload the report.