Since its launch in 2003 the European Cultural Days of the ECB has featured artists from 15 EU countries. This year’s events mark the euro’s 20th anniversary and will be dedicated to Europe. Four concerts, including an open air riverside concert and a chamber music evening at the ECB, will bring a wide variety of music – ranging from Beethoven to jazz – to Frankfurt.

“Twenty years ago we introduced the euro, the most tangible symbol of Europe and its values. The European Cultural Days 2019 will celebrate this with a programme showcasing music from all around Europe. Music and arts are a language everyone understands. I cannot think of a better way to mark this milestone in European history than by sharing our love of music”, said Mario Draghi, President of the ECB.

The next event features the Gustav Mahler Jugendorchester (sometimes called the “Europa Orchestra”), which consists of talented young musicians from all over Europe. The season’s opening evening at the Alte Oper on 5 September is dedicated to Beethoven’s Eroica Symphony and will also include pieces by Richard Strauss and Gustav Mahler.

On 10 October, the Vincent Peirani Living Being Quintet, who describe themselves as a “rock chamber music orchestra”, will present a mixture of rock, chanson, pop and Western music against the historical backdrop of the Paulskirche. The concert is organised in partnership with the Banque de France and the City of Frankfurt. In addition to offering a musical speciality, the concert doubles as the ECB’s annual charity event in Frankfurt. This year’s donations will help support the Fraport Skyliners’ “Basketball macht Schule” youth initiative, which encourages both a healthier lifestyle and integration for schoolchildren in the region. The ECB will match the donations collected from participants during the evening.

The ECB Visitor Center will open its doors to the young and talented members of the Feuerbach Quartett on 23 October, for an evening of chamber music, as part of the MuseumsSalon series. The performance will look at European music in a new light, inspired, among others, by Irish ballads, Spanish flamenco and popular Italian arias. 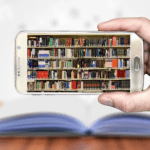