DarkMarket has been taken down

DarkMarket, the world’s largest illegal marketplace on the dark web, has been taken offline in an international operation involving Germany, Australia, Denmark, Moldova, Ukraine, the United Kingdom (the National Crime Agency), and the USA (DEA, FBI, and IRS). Europol supported the takedown with specialist operational analysis and coordinated the cross-border collaborative effort of the countries involved. 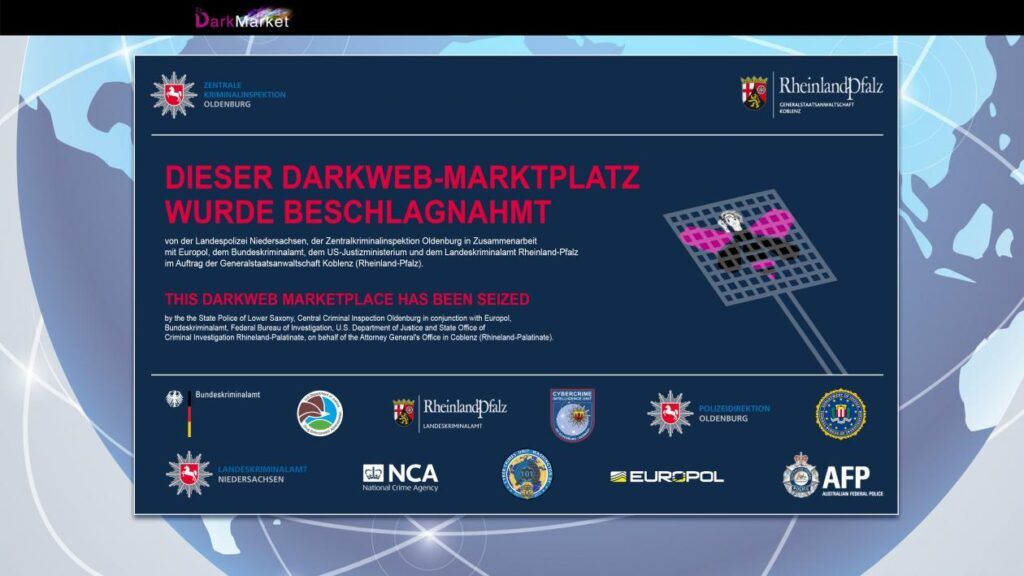 This site had almost 500 000 users, more than 2 400 sellers, over 320 000 transactions and more than 4 650 bitcoin and 12 800 monero transferred. At the current rate, this corresponds to a sum of more than €140 million. The vendors on the marketplace mainly traded all kinds of drugs and sold counterfeit money, stolen or counterfeit credit card details, anonymous SIM cards and malware.

The Central Criminal Investigation Department in the German city of Oldenburg arrested an Australian citizen who is the alleged operator of DarkMarket near the German-Danish border over the weekend. The investigation, which was led by the cybercrime unit of the Koblenz Public Prosecutor’s Office, allowed officers to locate and close the marketplace, switch off the servers and seize the criminal infrastructure – more than 20 servers in Moldova and Ukraine supported by the German Federal Criminal Police office (BKA). The stored data will give investigators new leads to further investigate moderators, sellers, and buyers.

One of Europol’s initiatives is to create a coordinated law enforcement approach to tackle crime on the dark web. This involves law enforcement agencies from across and outside the EU and other relevant partners and organisations, such as Eurojust.

To achieve this goal, Europol’s European Cybercrime Centre (EC3) has established a dedicated Dark Web Team to work together with EU partners and law enforcement across the globe to reduce the size of this underground illegal economy.

It will deliver a complete, coordinated approach: