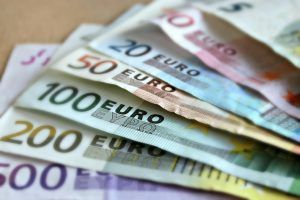 As of 1 June, the European Commission has concluded that Croatia is ready to adopt the euro on 1 January 2023, bringing the number of euro area Member States to twenty.

The conclusion is set out in the 2022 Convergence Report, which assesses the progress that Bulgaria, Czechia, Croatia, Hungary, Poland, Romania and Sweden have made towards joining the euro area. These are the seven non-euro area Member States that are legally committed to adopting the euro. The Report concludes that:

The Report finds that Croatia fulfils the four nominal convergence criteria and its legislation is fully compatible with the requirements of the Treaty and the Statute of the European System of Central Banks/ECB.

The Commission’s assessment is complemented by the European Central Bank’s (ECB) own Convergence Report, which has also been published today.

Croatia’s adoption of the euro

In light of the Commission’s assessment, and taking into account the additional factors relevant for economic integration and convergence, including balance of payments developments and integration of product, labour and financial markets, the Commission considers that Croatia fulfils the conditions for the adoption of the euro. It has therefore also adopted proposals for a Council Decision and a Council Regulation on euro introduction in Croatia.

The Council will make the final decisions on Croatia’s euro adoption in the first half of July, after discussions in the Eurogroup and in the European Council, and after the European Parliament and the ECB have given their opinions.

The Report, therefore, marks a crucial and historic step on Croatia’s journey towards adopting the euro.

In all of the non-euro area Member States examined except Croatia, the Report also finds that national legislation in the monetary field is not fully compatible with EMU legislation and with the Statute of the European System of Central Banks/ECB.

The Commission also examined additional factors referred to in the Treaty that should be taken into account in the assessment of the sustainability of convergence. This analysis shows that the Member States examined are generally well integrated economically and financially in the EU. However, some of them still experience macroeconomic vulnerabilities and/or face challenges related to their business environment and institutional framework which may pose risks as to the sustainability of the convergence process.

The effective implementation of the reforms and investments set out in their national recovery and resilience plans will address key macro-economic challenges. In the case of Hungary and Poland, the plans are currently being assessed by the Commission to make sure that all assessment criteria are being fulfilled.

The Convergence Report by the European Commission forms the basis for the Council of the EU’s decision on whether a Member State fulfils the conditions for joining the euro area.

Convergence reports are issued every two years, or when there is a specific request from a Member State to assess its readiness to join the euro area – for example, Latvia in 2013.

All Member States, except Denmark, are legally committed to join the euro area. Denmark, which negotiated an opt-out arrangement in the Maastricht Treaty, is therefore not covered by the Report.

While the COVID-19 pandemic and the subsequent economic recovery in 2021 had a very significant impact on the findings of the 2022 Convergence Report, the impact of Russia’s unprovoked invasion of Ukraine which began in February 2022 on the historical data used to prepare the Report has been limited. The extent to which the economic convergence indicators are affected by the crisis triggered by Russia’s military agression as well as by other ongoing economic developments is fully captured in the economic projections for 2022 and 2023, which the Commission published on 16 May 2022 (Commission Spring 2022 Economic Forecast) and which are used to assess the sustainability of convergence. 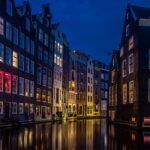