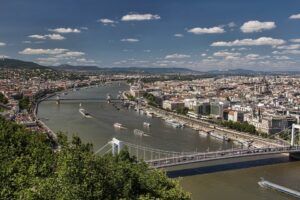 In the debate with the Commission’s First Vice-President Frans Timmermans and Political and Security Committee Permanent Representative Călin Stoica, on behalf of the Romanian Presidency, most of the Civil Liberties Committee MEPs who joined the debate expressed their frustration with the Council’s lack of willingness to act to protect EU values, or cooperate with Parliament in this direction.

They highlighted that Parliament has been raising the situation in Hungary for almost a decade and that urgent action is required to avoid further deterioration of democracy and the rule of law in the country, as well as the proliferation of these practices across EU member states.

MEPs regretted that the Council has failed on several occasions to put the proposal by the Parliament to determine whether Hungary is at risk of breaching EU values on its agenda, or even provide a timetable, despite their repeated public requests. They asked once again that the Council formally include committee Chair Claude Moraes (S&D, UK) and rapporteur Judith Sargentini (Greens/EFA, NL) in relevant conversations of the General Affairs Council meeting, instead of merely providing information in a fragmented, informal manner and only after the MEPs’ persistent efforts.

In September 2018, Parliament requested that the Council assess whether Hungary is posing a systemic threat to the EU’s founding values. Article 7 of the Treaty of the European Union aims to ensure that all EU countries respect the EU’s common values, including the rule of law. The continuing deterioration of EU values in Hungary, including judicial independence, freedom of expression, corruption, rights of minorities, and the situation of asylum seekers, remain key concerns.

You can watch the recorded discussion via video on demand.

Extracts of the discussion
Committee on Civil Liberties, Justice and Home Affairs