Commission approves acquisition of Raytheon by UTC, subject to conditions

The European Commission has approved, under the EU Merger Regulation, the proposed acquisition of Raytheon by United Technologies Corporation (UTC). The approval is conditional on the divestiture of a remedy package. 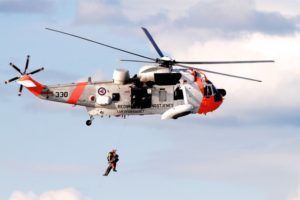 The transaction combines UTC’s aerospace businesses and Raytheon’s defence business. Both companies are global suppliers of military systems and equipment to aircraft and guided munition producers, as well as armed forces.

During its investigation, the Commission gathered extensive information from a broad range of defence contractors, as well as directly from armed forces of the European Economic Area (EEA).

The Commission had concerns that the transaction, as originally notified, would have reduced competition in the markets for military GPS receivers and airborne radios.

Following its investigation, the Commission found that:

The Commission concluded that vertical links between UTC and Raytheon’s activities did not result to harm to competition, mainly because the merged entity would have neither the ability nor the incentives to restrict competitors’ access to essential input or to a sufficient customer base.

To address the Commission’s concerns, UTC and Raytheon offered to divest the following activities:

UTC and Raytheon intend to sell both divestment businesses to BAE Systems, the UK-based defence and aerospace company.

The proposed remedies remove the entire horizontal overlap between UTC and Raytheon in both military GPS receivers and military airborne radios globally.

The Commission therefore concluded that the proposed transaction, as modified by the commitments, would no longer raise competition concerns in the EEA. The decision is conditional upon full compliance with the commitments. 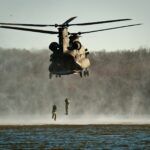