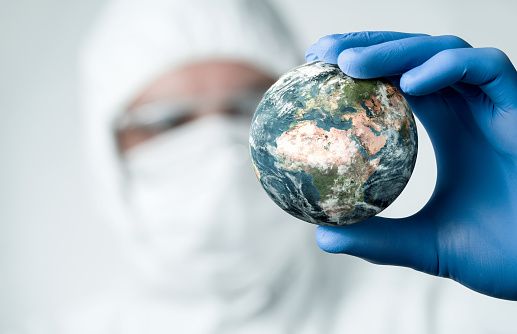 The European Commission adopted on 24 February a new EU Strategy on Adaptation to Climate Change, which sets out the way forward to prepare for the unavoidable effects of climate change. While the EU is doing all it can to mitigate climate change, both nationally and internationally, it must also be prepared to deal with the inevitable consequences. From deadly heat waves and devastating droughts, to decimated forests and coastlines eroded by rising sea levels, climate change is already taking its toll on Europe and the world. Based on the 2013 Climate Change Adaptation Strategy, the aim of the proposals is to move from understanding the problem to developing solutions, and from planning to implementation.

Executive Vice-President for the European Green Pact, Fran Timmermans, said: “The COVID-19 pandemic has been a stark reminder that insufficient preparation can have dire consequences. There is no vaccine against the climate crisis, but we can still fight it and prepare for its inevitable effects, which are already felt both inside and outside the European Union. The new Climate Change Adaptation Strategy equips us to accelerate and intensify preparations. If we prepare today, we can still build a climate-resilient future tomorrow”.
Economic losses from increasingly frequent extreme weather events are growing. In the EU, these losses already average more than ¤12 billion per year. Cautious estimates show that exposing the current EU economy to a global warming of 3°C above pre-industrial levels would result in annual losses of at least €170 billion. Climate change affects not only the economy, but also the health and well-being of Europeans, who are increasingly suffering from heatwaves; the deadliest natural disaster of 2019 worldwide was the European heatwave, with 2 500 deaths.

Adaptation measures must be based on sound data and risk assessment tools that are available to everyone, from households buying, building and renovating homes to businesses in coastal regions to farmers considering what to harvest. To achieve this, the strategy proposes measures that push the frontiers of knowledge on adaptation, so that we can collect more and better data on climate-related risks and losses, making it available to all. The European Climate Adaptation Platform (Climate-ADAPT) will be improved and expanded, with the addition of a dedicated health observatory to improve monitoring, analysis and prevention of climate change health impacts.

Climate change has consequences at all levels of society and in all sectors of the economy and adaptation measures must be systematic. The Commission will continue to mainstream climate change resilience considerations into all relevant policy areas. It will support the development and implementation of adaptation strategies and plans with three cross-cutting priorities: integrating adaptation into macro-budgetary policy, nature-based solutions for adaptation and local adaptation measures.

Climate change adaptation policies must match global leadership in climate change mitigation. The Paris Agreement set a global goal on adaptation and highlighted adaptation as a key factor for sustainable development. The EU will promote sub-national, national and regional approaches to adaptation, with a specific focus on Africa and Small Island Developing States. We will enhance support for international resilience and preparedness to climate change through the provision of resources, prioritising action and increasing effectiveness, strengthening international funding and through global commitments and exchanges on adaptation. We also plan to work with international partners to close the gap in international climate finance.