The European Commission’s report released confirms the continuous rise in barriers encountered by European companies in foreign markets. Thanks to the EU’s firm response, 123 such barriers have been eliminated since the beginning of the current Commission mandate, allowing for more than €6 billion extra exports in 2018. 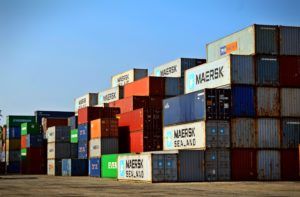 The latest edition of the Trade and Investment Barriers Report (TIBR) identifies 45 new trade barriers put in place in countries outside the EU in 2018, bringing the total number to a record high of 425 measures in 59 different countries, costing EU businesses billions of euros every year.

China and Russia top the overall list, maintaining respectively 37 and 34 problematic trade measures. Most impact for EU exports arises from measures introduced by China, U.S., India and Algeria. They concern 80% of all EU exports affected by new measures and focus predominantly on steel, aluminium and Information and Communication Technology (ICT) sectors.

The EU’s efforts to enforce the existing international trade rules are providing clear results. Intervening in close collaboration with EU Member States and businesses under the EU’s enhanced Market Access Strategy, the Commission has eliminated last year as much as 35 trade barriers, among others in China, Japan, India and Russia. These measures spanned across eight key EU export and investment sectors including agriculture and fisheries, cars, textiles and leather, wines and spirits, cosmetics, mineral products, aircraft parts and ICT equipment. Some of them also affected various sectors in a horizontal way.

Trade and investment barriers eliminated in 2018 included among others:

Enforcement of international trade rules has been identified as a top priority in the Commission’s ”Trade for All” strategy of 2015. Removing trade barriers is a key Commission’s task along with the stronger focus on the implementation of the EU’s trade agreements. The EU’s enhanced Market Access Partnership aims to ensure that our companies can compete on a level playing field when seeking export and investment opportunities in countries outside Europe.

The Commission’s Report on Trade and Investment Barriers has been published annually since the beginning of the 2008 economic crisis, and is entirely based on trade and investment barriers on foreign markets, reported by European companies.

Report on Trade and Investment Barriers 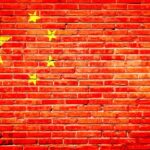