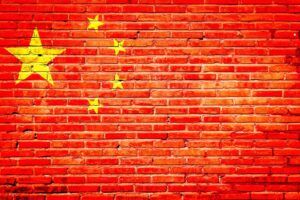 The EU and China concluded the negotiations on a bilateral agreement to protect 100 European Geographical Indications (GI) in China and 100 Chinese GI in the EU against imitations and usurpation. This landmark agreement is expected to result in reciprocal trade benefits and demand for high-quality products on both sides. Delivering on the commitment made at the last EU-China Summit in April 2019, this agreement is a concrete example of cooperation between the European Union and the People’s Republic of China, reflecting the openness and adherence of both sides to international rules as a basis for trade relations.

The Chinese market is a high-growth potential market for European food and drinks, with a growing middle class with a taste for iconic, high-quality and genuine European products. It also has a well-established geographical indication system of its own, with specialties that European consumers could now further discover thanks to this agreement.

Following the conclusion of the negotiations, the agreement will now go through legal scrutiny. On the EU side, the European Parliament and the Council will then be asked to give their approval. The agreement is expected to enter into force before the end of 2020.

Four years after its entry into force, the scope of the agreement will expand to cover an additional 175 GI names from both sides. These names will have to follow the same registration procedure than the 100 names already covered by the agreement (i.e assessment and publication for comments).

Joint Press Statement by Commissioner Phil Hogan and Minister Zhong Shan on the End of the Negotiations of an Agreement between the European Union and the Government of the People’s Republic of China on Cooperation on, and Protection of, Geographical Indications

Factsheet on the agreement

100 European geographical indications set to be protected in China