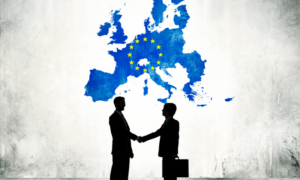 The European Commission is today taking stock of its overall approach to equivalence in the area of financial services. EU equivalence has become a significant tool in recent years, fostering integration of global financial markets and cooperation with third-country authorities.

The EU assesses the overall policy context and to what extent the regulatory regimes of a given third country achieves the same outcomes as its own rules. A positive equivalence decision, which is a unilateral measure by the Commission, allows EU authorities to rely on third-country rules and supervision, allowing market participants from third countries who are active in the EU to comply with only one set of rules. Today’s Communication also sets out how recent updates to EU legislation will ensure even greater effectiveness of the EU single rulebook, supervision and monitoring, while also fostering cross-border business in global markets. The Commission has to date taken over 280 equivalence decisions with regard to over 30 countries.

This Communication sets out the EU’s comprehensive approach and recent legislative improvements in terms of how the Commission grants equivalence to non-EU countries. It also describes how the Commission and the European Supervisory Authorities (ESAs) monitor the situation in those countries after equivalence decisions have been taken, to ensure that these continue to fulfil EU objectives and preserve financial stability, investor protection, market integrity and a level playing field in the EU.

This Commission document also provides an overview of how recent EU legislative changes have strengthened the equivalence framework, both in terms of initial assessments and ex-post monitoring, in particular with an increased role for the European Supervisory Authorities. These recent legislative changes, for instance in the amended ESAs regulations, strengthen the roles of those authorities in monitoring equivalent third countries.

In line with its commitments to foster transparency towards stakeholders, the Commission takes the opportunity of the publication of this Communication to present its recent EU equivalence decisions.

The Commission has today adopted equivalence decisions for financial benchmarks administered in Australia and Singapore. These decisions recognise that the administrators of certain interest rates and foreign exchange benchmarks in Australia and Singapore are subject to legally binding requirements which are equivalent to the EU requirements set out under Regulation (EU) 2016/1011 (The Benchmark Regulation).

Separately, the Commission has extended existing equivalence decisions in the field of Credit Rating Agencies for Hong-Kong, Japan, Mexico and the United States. At the same time, the Commission has for the first time repealed existing decisions for Argentina, Australia, Brazil, Canada, and Singapore, as these jurisdictions could no longer meet the standards set by the EU Credit Rating Agencies after its amendment in 2013. The countries decided, after discussions with the Commission, not to implement the necessary legislative adjustments given the limited scale of activity to be covered.

In February 2017, the Commission services published a Staff Working Document, which provided a first comprehensive assessment of equivalence in financial services. That document described the Commission’s approach to assessing third-country frameworks and outlined the main objectives pursued by the Commission.

Equivalence decisions allow the Commission to recognise that the financial regulatory or supervisory regime of certain non-EU countries is equivalent to the corresponding EU framework. The Commission may declare a third country equivalent when the third country’s regulatory and supervisory framework delivers equivalent outcomes as compared to the relevant EU framework. Equivalence is a regulatory instrument, typically an implementing act which aims to deliver prudential benefits to market participants and to preserve the EU financial stability, market integrity, investor protection, and a level-playing field in the EU single market.

The equivalence decision making is preceded by an in-depth assessment by the Commission, based on a dialogue with the third country authorities concerned and involving, where relevant, the European Supervisory Authorities. The assessment is based on the principles of proportionality and is risk-sensitive, i.e. the Commission will look more in detail at a third-country framework, and will expect stronger safeguards against risks when that third country’s impact on the EU markets is high.

Communication of 29/07/2019 on equivalence in the area of financial services.