UAL presents UNIgreen to associate members and the university community 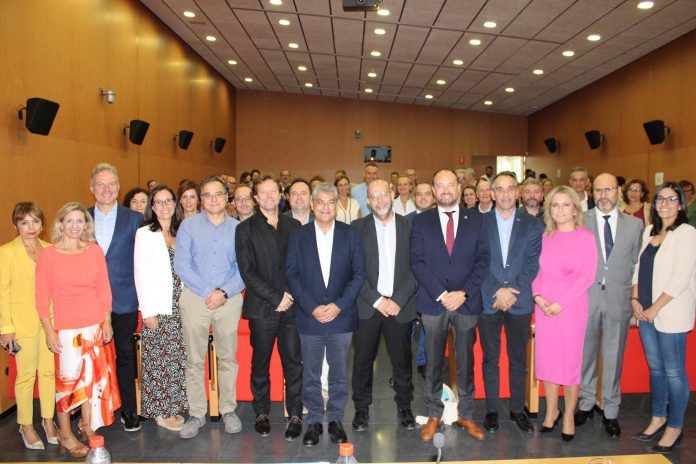 UNIgreen – The Green European University – is launched at the University of Almeria with its presentation to the associate members, 16 in total provided by the UAL to which will be added those of the seven European universities that make up this European campus. As the leader of this university campus, the UAL wanted, after the approval in July this year by the European Commission of UNIgreen, to materialize in a public event the relevance and importance of this international university, one of only four European universities that has received the green light in the 2022 call.

The rector of the UAL, Carmelo Rodríguez, has highlighted in the presentation ceremony this Friday, also addressed to the university community and with the presence of the General Secretary of Universities of the Andalusian Government, Ramón Herrera, that “the possibilities that are opened to us with the implementation of this European alliance which, as I say, is of the highest continental level, are innumerable, are innumerable, for example, in terms of the versatility of the study programmes – with more international degrees – the size and scope of the research projects, the transfer of knowledge or the mobility options for students, teaching staff, researchers and administrative and service staff”.

But the implementation of UNIgreen will not only be beneficial for the university community, but the benefits also extend to the whole of our environment. “The business sectors involved in agronomy, environment and biotechnology will also gain many advantages, such as being able to count on high-value exchanges and professionals with international training and a very interesting overview in an economic context like the current one. In short, I believe that the launch of UNIgreen is one of those achievements that will be a truly qualitative leap for our university and will bring us a lot of satisfaction”.

Fundamental work has been carried out by all the Vice-rectorships of the Government Team of the University of Almeria with the active participation in work commissions in the areas of internationalisation, extension, students, research, strategic planning and teaching staff; and postgraduate and relations with the company and institutions. Hard work with a clear reward that has been transferred to the 16 ‘associated partners’ from Almeria to whom the University of Almeria has wanted to thank for being part of UNIgreen: Provincial Council, Almeria City Council, Tecnova Foundation, Cajamar Foundation, Unica Group, Primaflor, Scientific and Technological Park of Almeria- PITA- Ministry of Agriculture, Livestock, Fisheries and Sustainable Development of the Andalusian Government, Coexphal, Ceia3, TROPS, Chamber of Commerce, Anecoop, Grupo La Caña, Alhóndiga La Unión, Interprofessional Organization of Fruit and Vegetables- Hortiespaña-.

UNIgreen has become one of the 44 European universities selected by the European Commission to cooperate across borders and disciplines by offering jointly taught curricula on inter-university campuses, allowing students, staff and researchers to enjoy more fluid knowledge exchanges and mobilities, increasing the opportunities for new collaborations in research and teaching, in the exchange of management experiences, or in language learning, among other activities.

The vice-rector for Internationalisation, Julián Cuevas, explained that, after learning about it in 2017, the UAL included in 2021 as a government action to be part of a consortium that presented a European university project, “never thinking of winning it”. However, it obtained a magnificent score of 89 out of 100, after a hard and impeccable work of the entire Vice-Rectorate and the International Relations Service, headed by Tomás Lorenzana, director of Internationalisation Strategy.

The vice-chancellor stressed that UNIgreen “will bring multiple opportunities and projects and not only for students and staff of the UAL, but also for the whole province. UNIgreen will be, if we do it well, the most transformative project of the UAL that we have ever achieved”. And using the football jargon, he has indicated that “the University of Almeria has entered on its own merits in the ‘Champions league’ of the European university. And we are not going to be eliminated in the round of 16.

For his part, Tomás Lorenzana, has explained the importance of UNIgreen. “At present, European university projects are very limited. Right now, there are 44 of us and the European Commission hopes to increase this to 60 in two years’ time. Now the European Commission will ask us to help them develop the new European innovation agenda or the European strategy for universities and that is very important for the University of Almeria. In addition, he announced that “next November 30 we will have an important working meeting that will mark the launch of UNIgreen in January”. 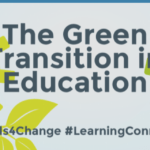