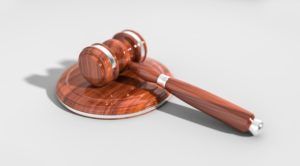 The European Commission welcomes today’s Opinion of the Court of Justice of the European Union that the Investment Court System (ICS) provisions of the Comprehensive Economic and Trade Agreement (CETA) between the EU and Canada are consistent with the EU Treaties.

The agreement with Canada is under provisional application since September 2017 and can only enter fully into force once ratified by all Member States and concluded by the Council. Only upon the conclusion of this process can the Investment Court System become operational. Until then, CETA will continue to be provisionally applied to the extent provided for in the Council Decision on its provisional application. CETA was approved by the European Parliament on 15 February 2017.

Replacing the out-dated ISDS system was one of the pledges made by President Juncker in his July 2014 speech in front of the European Parliament, as well as in the Political Guidelines of this Commission. It is equally one of the key elements in the Mission Letter addressed on 1 November 2014 to the EU’s Trade Commissioner Cecilia Malmström.

EU Member States are parties to almost half of the total number of international investment agreements that are currently in force worldwide (roughly to 1400 out of 3000). Almost all of these agreements include a mechanism for resolving disputes between governments and foreign investors known as investor-state dispute settlement (ISDS).

Under CETA, the ISDS mechanism is replaced with a new, effective, fair and transparent Investment Court System (ICS) that:

– made up of a Tribunal of First Instance and an Appeal Tribunal;

– not based on temporary ad hoc tribunals;

– will work transparently by opening up hearings to the public; publishing documents submitted during cases; allowing interested parties (NGOs, trade unions, citizens’ representatives) to intervene in the proceedings and make submissions.