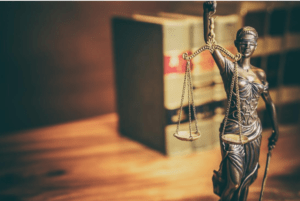 The genesis of the EU bank resolution framework was based on the fundamental principle that failing financial institutions could not receive external financial support, be it industry financing or state aid unless they had first internalized their losses by placing the burden at least upon shareholders and junior creditors.

However, the General Court’s ruling in the Tercas case in March 2019 seems to strike a heavy blow against these fundamentals by considering that Tercas bank’s recapitalization by a private banking consortium did not constitute state aid, even though the consortium was operating as a mandatory deposit guarantee scheme (DGS) and was obliged to reimburse deposits in case of liquidation, pursuant to the DGS Directive. In this context, this blog-post embarks on a brief analysis of the European risk management framework, and sails on to discuss the Tercas judgment and its implications for the future, especially if upheld in the pending appeal case before the Court of Justice of the EU (CJEU).

To begin with, the EU bank resolution framework, as set out in the Bank Recovery and Resolution Directive (‘BRRD’), establishes two points of possible regulatory intervention: (i) the recovery and (ii) the resolution phase. In recovery, bank supervisors intervene whilst the bank remains solvent and can, among others, appoint a temporary administrator to its management (Article 29 BRRD). No specialized fund is designed for recovery purposes and state aid, if used, would trigger resolution. The resolution phase allows for full regulatory intervention since the institution has been deemed ‘failing or likely to fail’ (FOLTF) by the supervisor – a concept similar but not identical to national insolvency. In fact, resolution applies instead of national insolvency only when justified on public interest grounds to preserve financial stability (Article 32 BRRD). Thus, resolution authorities can impose losses upon shareholders, junior and senior unsecured creditors (‘bail-in’), and sell the bank partly or entirely to a competitor, while sending into liquidation any remaining impaired assets. Following bail-in, financing can be provided either through collective industry funds – the Single Resolution Fund (SRF) or the DGSs – or the state, if compliant with the Treaties. At any given point the rescue of an ailing bank can be funded through voluntary industry funds, separate from the SRF and DGSs.

Tercas was a relatively small Italian bank put under special administration by the Italian Ministry of Finance on 30 April 2012, as a pre-insolvency procedure similar to the ‘recovery phase’ mentioned above. The special administrator started discussions with Banca Popolare di Bari (BPB) for a potential acquisition deal, otherwise if no buyer was found Tercas would end up in administrative liquidation pursuant to national insolvency law. In such case, the competent Italian DGS, the Interbank Deposit Protection Fund (FITD), which constitutes a private banking consortium, would need to reimburse covered depositors pursuant to the DGSD. However, BPB agreed to buy Tercas but only under the condition that the FITD would cover Tercas’ losses. Losses would thus be imposed only upon shareholders, not creditors. Following a request by the special administrator, the FITD voluntarily agreed to intervene and soon after, on July 7, 2014, the Bank of Italy authorized the intervention plan.

The Commission has appealed against the General Court’s judgment. In case the CJEU upholds Tercas, two direct implications will emerge.