The Council today imposed restrictive measures on eleven individuals responsible for the military coup staged in Myanmar/Burma on 1 February 2021, and the subsequent military and police repression against peaceful demonstrators.

Ten of the eleven persons targeted belong to the highest ranks of the Myanmar Armed Forces (Tatmadaw), including the Tatmadaw’s Commander-in-Chief, Min Aung Hlaing, and Deputy-Commander-in-Chief, Soe Win. The other is the new Chairperson of the Union Election Commission for his role in cancelling the results of the 2020 elections in Myanmar. 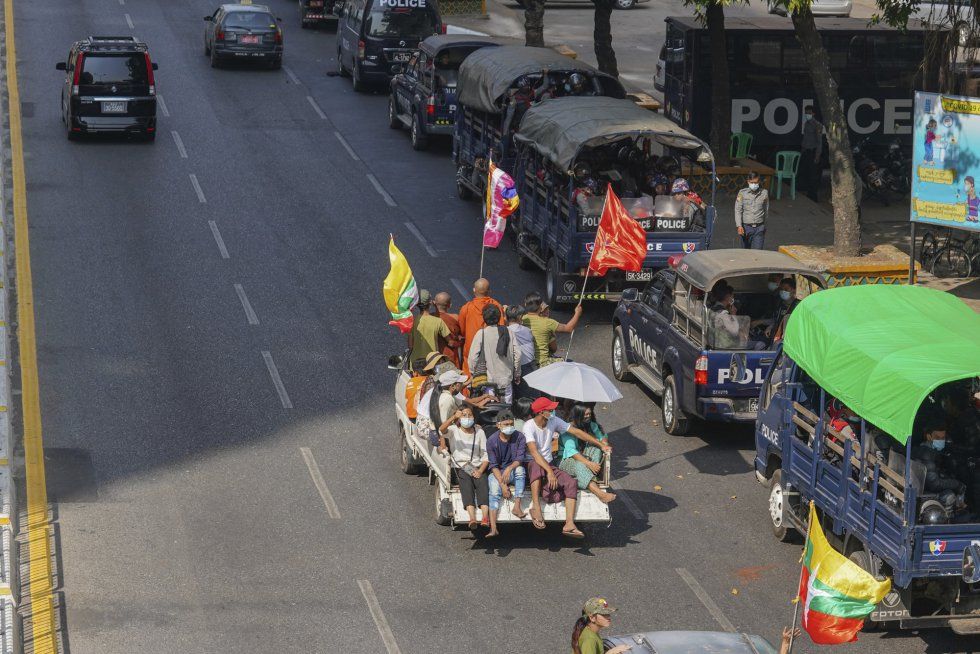 The restrictive measures introduced today include a travel ban and an asset freeze. The travel ban impedes those listed from entering or transiting through EU territory, while the asset freeze covers the funds or economic resources in the EU of the listed persons. In addition, EU citizens and companies are forbidden from making funds available to the listed individuals and entities.

Today’s sanctions, together with the withholding of financial assistance going to the government, the freezing of all assistance to government bodies that may be seen as legitimising the Myanmar military junta, and intense, ongoing diplomatic outreach, represent the EU’s robust response to the illegitimate over-throwing of the democratically-elected government and the brutal repression by the junta against peaceful protesters.

The EU will continue to review all of its policy options, including additional restrictive measures against economic entities owned or controlled by the military in Myanmar/Burma. At the same time, the EU aims to ensure that its measures do not have an adverse effect on the general population. The EU remains a steadfast supporter of the Myanmar/Burmese people and of the country’s democratic transition.

Pre-existing EU restrictive measures also remain in place. These include an embargo on arms and equipment that can be used for internal repression, an export ban of dual-use goods for use by the military and border guard police, export restrictions on equipment for monitoring communications that could be used for internal repression, and a prohibition on military training to and military cooperation with the Tatmadaw. Measures also include the designation of 14 persons for atrocities against the Rohingya population. Combined with the new designations, this brings the total number of listed persons to 25.

On 22 February 2021, the Council adopted conclusions in which it condemned the military coup carried out in Myanmar/Burma in the strongest terms. On that occasion, the Council called for a de-escalation of the crisis through an immediate end to the state of emergency, the restoration of the legitimate civilian government and the opening of the newly elected parliament; it also underlined the EU’s readiness to adopt restrictive measures in response to the military coup.

The relevant legal acts, including the names of the eleven persons concerned, have been published in the Official Journal.

Press release-Council of the European Union

Declaration by the High Representative on behalf of the European Union