“Combating climate change and preserving our environment, oceans and biodiversity” should be the European Parliament’s (EP) biggest priority, EU citizens say in a new Eurobarometer survey commissioned by the EP and conducted in October 2019, and which will be fully published on the 10 December 2019.

The Eurobarometer survey also asked respondents which environmental concern is the most pressing. An absolute majority of Europeans (52%) believe that it is climate change, followed by air pollution (35%), marine pollution (31%), deforestation and the growing amount of waste (both 28%).

Parliament President David Maria Sassoli, who is in Madrid to attend the opening of the UN COP25 climate change conference, said: “This survey shows very clearly that Europeans want action from the EU on combatting climate change. Yesterday in Strasbourg, the European Parliament approved a resolution declaring a climate and environmental emergency in Europe and globally. We are listening to our citizens and stressing the need to move beyond words to action”.

Over the course of the past year, youth-led protests have mobilised millions of people in the EU and globally.

This new Eurobarometer survey shows that close to six out of ten European citizens (59%) are confident or convinced that youth-led protests have a direct impact on policy at both national and European level. In the case of Spain, the figures are similar: 60% consider that these protests have an impact on EU’s policies and 58% on the Spanish ones.

The Irish (74%), Swedes (71%) and Cypriots (70%) are most convinced that the protests will lead to political measures being taken at EU level, compared to 42% of Czechs and 47% of UK citizens.

Main figures of the Eurobarometer 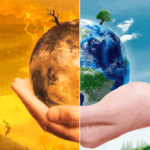