Building on the lessons learnt since 2014 and detailed consultations since April this year, the Commission has decided on a series of measures to further strengthen the rule of law in Europe. Over the past five years, the European Commission has had to deal with a series of challenges to the rule of law in the European Union. The European project relies on constant respect of the rule of law. This is a prerequisite for citizens to enjoy their rights under EU law and for mutual trust among Member States. A Eurobarometer public opinion survey released today shows that more than 80% of citizens attach great importance to respect of the rule of law, and feel that it needs to be improved. 89% of citizens support the need for the rule of law to be respected in all other EU Member States. 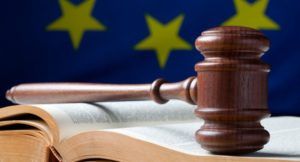 The Commission is setting out concrete initiatives grouped around 3 pillars: promoting a rule of law culture; preventing rule of law problems; and responding effectively to breaches of the rule of law. As guardian of the Treaties, the European Commission has a unique role. However, all Union institutions and Member States are responsible for guaranteeing the respect of the rule of law as a fundamental value of our Union. Beyond that, an effective response also requires the support of civil society. The Commission is also calling on all to act.

To promote a common rule of law culture across Europe, the Commission will follow up on the idea of a dedicated annual event for dialogue with civil society. It will make full use of funding possibilities to empower stakeholders, including civil society, to promote the rule of law, and set up a dedicated communication strategy on the rule of law. The Commission will strengthen cooperation with the Council of Europe and other international organisations, as well as with judicial networks and national parliaments. The Commission calls on the European Parliament, the Council and Member States to engage fully in this process.

To prevent rule of law problems from emerging, the Commission has decided to set up a Rule of Law Review Cycle, including an annual Rule of Law Report covering all EU Member States. This additional system will assist early detection of emerging rule of law problems wherever they appear. The Commission will deepen its monitoring of rule of law developments and invite all Member States to engage in a mutual exchange of information and dialogue, including through a network of national contact persons. There should be a dedicated follow-up on the annual report with the Parliament and the Council. The Commission will also further develop the EU Justice Scoreboard and strengthen the dialogue with other EU institutions, Member States, European political parties and stakeholders.

Rule of law Eurobarometer including report, country factsheets and infographic