The Minister of Health, Carolina Darias, has highlighted the capacity for response and coordination shown by the entire National Health System (SNS) in the face of the health alert issued due to the cases of Monkeypox, or monkeypox, which have been detected in Spain since last week. She made these statements at the Moncloa Complex, at the press conference following the extraordinary plenary session of the Interterritorial Council of the National Health System (CISNS), where she was accompanied by the director of the Carlos III National Health Institute, Cristóbal Belda.

At the CISNS meeting on 25 May, the situation regarding the cases of Monkeypox that have been detected in Spain was discussed.

Just 11 days ago, on 14 May, the UK National Health Safety Agency (UKHSA) reported two cases of MPX with no recent history of travel. These cases have been followed by detections in different countries and, as of yesterday, 171 cases were reported in Europe.

In Spain, the Instituto de Salud Carlos III has analysed samples from 100 cases. Of these, 59 cases have been confirmed positive for orthopoxvirus and another 41 cases have tested negative for human smallpox and for other orthopoxviruses, and are therefore ruled out. None of the affected persons have required hospitalisation and the disease has been mild in all of them. 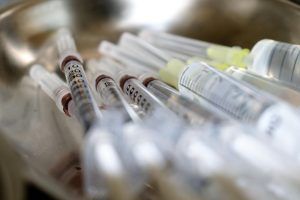 Darias reported that HERA, the European Union’s Health Emergency Preparedness and Response Authority, is going to acquire the INVANEX vaccine against smallpox and make it available to the member states. Spain will participate in this process, together with EU members, to gain access to the vaccine. With regard to antiviral treatments, the minister announced that Spain will also participate in a centralised EU purchase of the drug Tecovirimat, with the aim of guaranteeing equitable access to these limited-production resources.

For his part, Cristóbal Belda explained that the ISCIII has achieved 100% sequencing of the virus, which makes it possible to confirm that the strain in these cases is the West African strain, the mildest of those known. The sequencing has achieved 100% coverage of the 190,000 base pairs of the genome of this virus, which opens up the possibility of more advanced phylogenetic studies that will allow additional information to be obtained on its behaviour and a better understanding of its origin, circulation and spread. This is the first time in Europe that complete sequencing of this virus has been achieved in samples from 23 patients.

In addition to this issue, the minister reviewed the COVID-19 situation in our country and explained that we are at a point of stabilisation of the low 14-day Cumulative Incidence data. He also recalled that the severity of the cases identified remains at the low levels that led to the modification of the COVID-19 Surveillance and Control Strategy. “In this regard, please allow me to make a note: this week I participated in the 75th World Health Assembly in Geneva. I had the opportunity to have a meeting with the Director-General of the WHO, Dr Tedros, and he congratulated us on our vaccination campaign and on our work in donating vaccines to the world. I believe that this national success is a source of collective pride,” the minister remarked.

On this day, the CISNS also shared the Initiative in the care framework for the NHS, referring to the professional care recognised in the Law on the Organisation of Health Professions (LOPS) as care developed and/or directed by nursing professionals. “It is a question of taking the nursing perspective to the entire NHS”, said the minister, who informed that an institutional committee and a technical committee will be set up for its preparation, as well as a driving/writing group in charge of the Initiative’s content.

Source: Ministry of Health in Spain 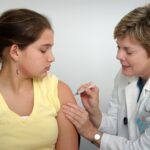 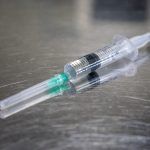