The Government of Spain has sent this morning a new shipment of 8 tons of medical supplies to meet the needs of the Ukrainian population that has been forced to leave their country and is currently a refugee in Poland. 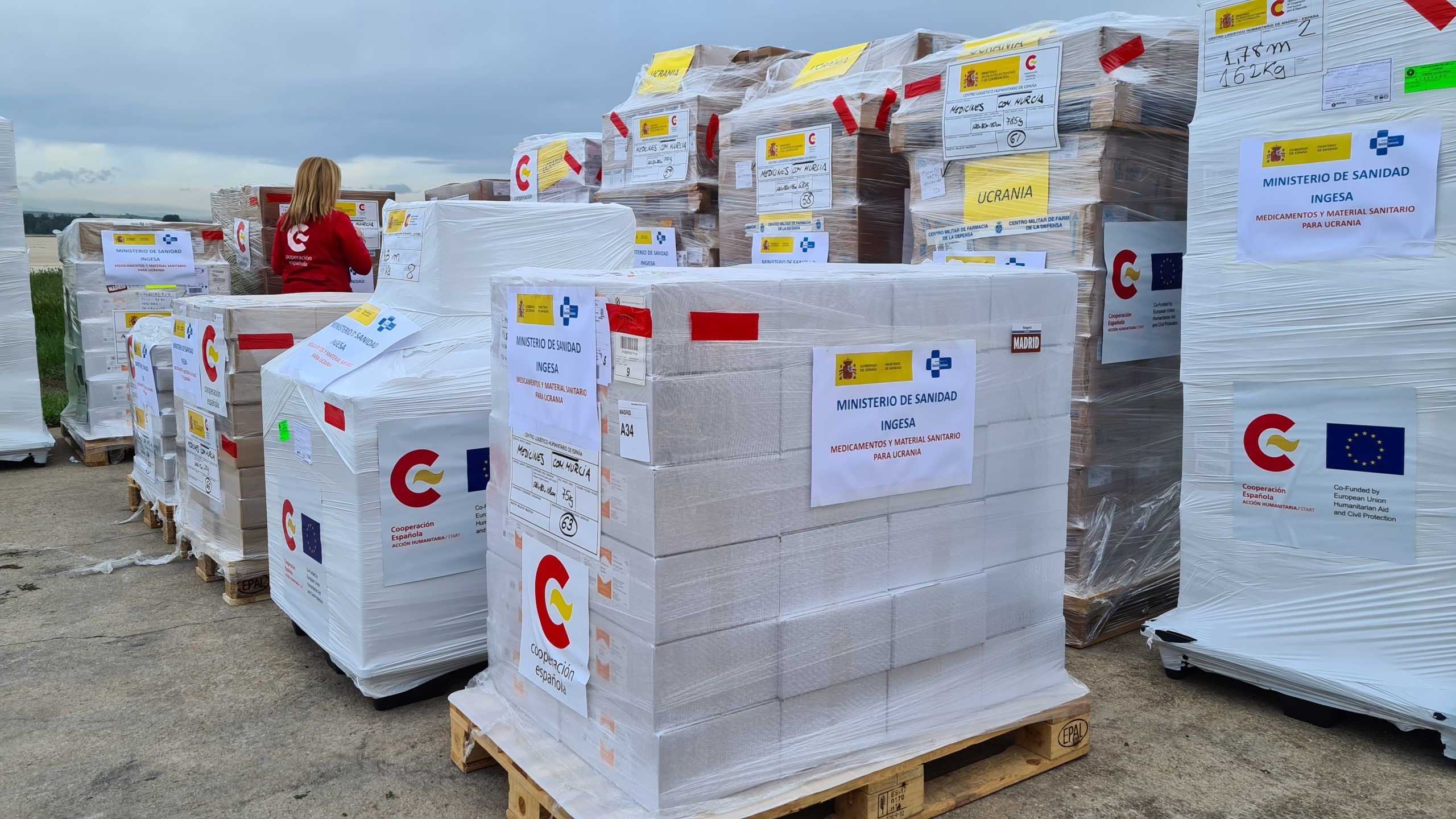 The Minister of Health, Carolina Darias, has gone this morning to the storage center of aid to the Ukrainian people in Madrid, from where this convoy has departed with sanitary material which, foreseeably, will arrive in Poland at the beginning of next week and in whose shipment the Ministries of Health, Interior, Defense and Foreign Affairs collaborate, through the AECID (Spanish Agency for International Cooperation and Development).

Together with the Minister of Health, the Director of INGESA, Belén Hernando; the head of the Madrid Command, Colonel David Blanes González; and the Secretary General of the AECID, Carmen Castañón, also attended the ceremony.

Minister Darias assured that Spain has a firm commitment to solidarity in the face of a conflict that has left more than 4 million Ukrainian citizens without their basic rights, such as health care.

Among the material that has left Madrid today, there are 6 pallets with more than 100 respirators, as well as tourniquets and bandages, anesthetics, antibiotics and other medicines provided by the National Reserve, Civil Protection, the Civil Guard and all the autonomous communities and cities, in coordination with the Ministry of Health.

At this point, he once again thanked the collaboration and involvement of all the autonomous communities and cities and of the entire SNS in the response to the request for health assistance from the Ukrainian authorities and citizens.

Since the beginning of the war in Ukraine, Spain has set up more than 6,300 hospital beds, 1,186 of them pediatric, has taken in 50 pediatric oncology patients and has approved the Health Action Guide, including an accelerated vaccination schedule, among other actions in health matters.