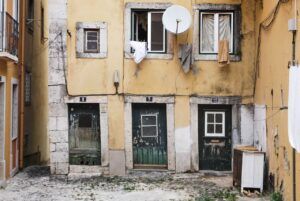 In March 2019, the Spanish government adopted a new “National Strategy to Prevent and Combat Poverty and Social Exclusion”. This includes measures aimed at improving the income guarantee system and combating child poverty which have been positively assessed by non-governmental organisations. As it does not have a specific budget, its implementation will depend on the effective fund allocation and the degree of cooperation between the different levels of public administration.

A Belgian law introduced in January 2019 provides the possibility for associations defending the interests of vulnerable groups to bring “collective judicial actions” before ordinary courts against private or public measures that risk undermining fundamental rights and freedoms. This opens up new possibilities for civil society organisations fighting against poverty.

In June 2019, the Czech Ministry of Labour and Social Affairs completed the drafting of a new law, the Housing Allowance Act, which would merge the two current housing benefits from 2021. The aim is to end the so-called “poverty business”, to simplify the system and to better target those in need. However, the draft law includes controversial elements (e.g. very restrictive conditions and increased bureaucracy for assessing claims) that could hinder the next stages of the legislative process.

A new proposal aimed at increasing the marginal personal income tax rate and lowering the pace of increase of tax allowances in Lithuania was put forward by the members of the ruling coalition in late June 2019. The proposal is an important step towards preventing potential adverse effects of the recent tax reform on income inequality and the financing of social protection.

The European Social Policy Network (ESPN) provides high-quality and timely independent information, advice, analysis and expertise on social policy issues in the EU, in neighbouring countries and in third countries. It was established in 2014. In particular, ESPN supports the Commission in monitoring progress towards the EU’s social protection and social inclusion objectives set out in the Europe 2020 Strategy, including the European Pillar of Social Rights, and in the European Semester.

ESPN assists the Commission and the participating countries: