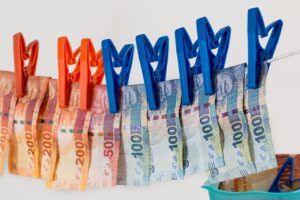 Sassoli was speaking at the start of an EU Council aimed at finding an agreement between member states on the EU’s next long-term budget. The budget for 2021-2027 will be the first since the UK left the EU.

He told the heads of state and government that Parliament was prepared to reject any agreement that did not give the EU the means to address the many challenges it faces.

The EU must be equiped with all the means necessary to address the challenges that we face together,” he said. “The first and most urgent is climate change. The Green Deal offers an ambitious plan for Europe to become the first carbon-neutral continent by 2050. Achieving this will require a major financial effort.

Sassoli, also declared that the EU needs resources to boost growth and development, and to support countries, businesses, and people through this transition. The EU also needs to invest in research to ensure Europe is at the forefront and does not need to rely on importing new technologies to whose development it has not contributed.

He also said that “the artificial dichotomy between net contributors and beneficiaries” should be broken. “All member states, without exception, profit from the EU.”

Parliament agreed its position on the long-term budget in 2018. Any agreement can only come into effect if approved by the Parliament.