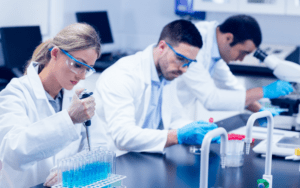 An EU initiative has launched a charter aimed at increasing the participation of women in research and at promoting gender equality.

Despite the important milestones achieved globally towards gender equality in the areas of education, health, economy and politics, much remains to be done. Women are underrepresented in decision-making positions in politics, business and research institutions. For example, according to a news itemby Eurostat, in 2017, only 41 % of about 18 million scientists and engineers in the EU were women.

Gender pay gap is also an issue for women – they earn 16 % less than men on average across the EU. In addition, harassment and gender-based violence are widespread. Universities can play a key role in addressing gender imbalances and increasing equality. The EU-funded SAGE project is addressing exactly that, seeking stronger action on gender equality in higher education and research.

With the participation of seven universities in Europe, SAGE has created a model to improve gender parity in research performing organisations (RPOs). Under the project, a charter to promote gender equality in the higher education sector was launched recently, as stated in a news release by Trinity College Dublin (TCD). Signed by TCD, the charter is also being rolled out across other European universities. Among other goals, it promotes the improvement of gender parity at all levels of academic careers, as well as work-life balance, and the eradication of bullying and sexual harassment.

Now in its final year, the SAGE (Systemic Action for Gender Equality) project was set up to introduce and develop gender-sensitive organisational cultures and practices in participating universities. A major goal of the project is to remove barriers to the recruitment, retention and career progression of women researchers. An infographic on the project website notes that although women account for 47 % of PhD graduates in Europe, they gradually vanish from the career path. Another infographic on the project website adds that 36 % of RPOs have gender equality plans (GEPs) in place.

In addition to producing the charter, the SAGE project established and consolidated peer mentoring for the partners and RPOs in order to facilitate the exchange of knowledge in the implementation phases of their adapted GEPs. In a speech at the charter’s launch event, TCD Provost Patrick Prendergast emphasised that despite the “encouraging” developments in gender equality across the educational institution, much more needs to be done. He said: “Gender roles are deeply engrained in our society, and in our civic and political institutions. It’s been like that for all of recorded history, and even down into pre-history. Because of this heritage, we are doubtless unconsciously biased in ways that we don’t even suspect, but which will be glaringly obvious to our successors.” He also noted that the charter promotes “vigilance and action”. 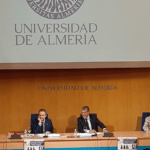