Just over 85% of bathing water sites across Europe monitored last year met the European Union’s highest ‘excellent’ and most stringent quality standards for water cleanliness, according to the latest annual European bathing water quality report. The results published today give a good indication of where the best quality bathing waters are likely to be found this summer. 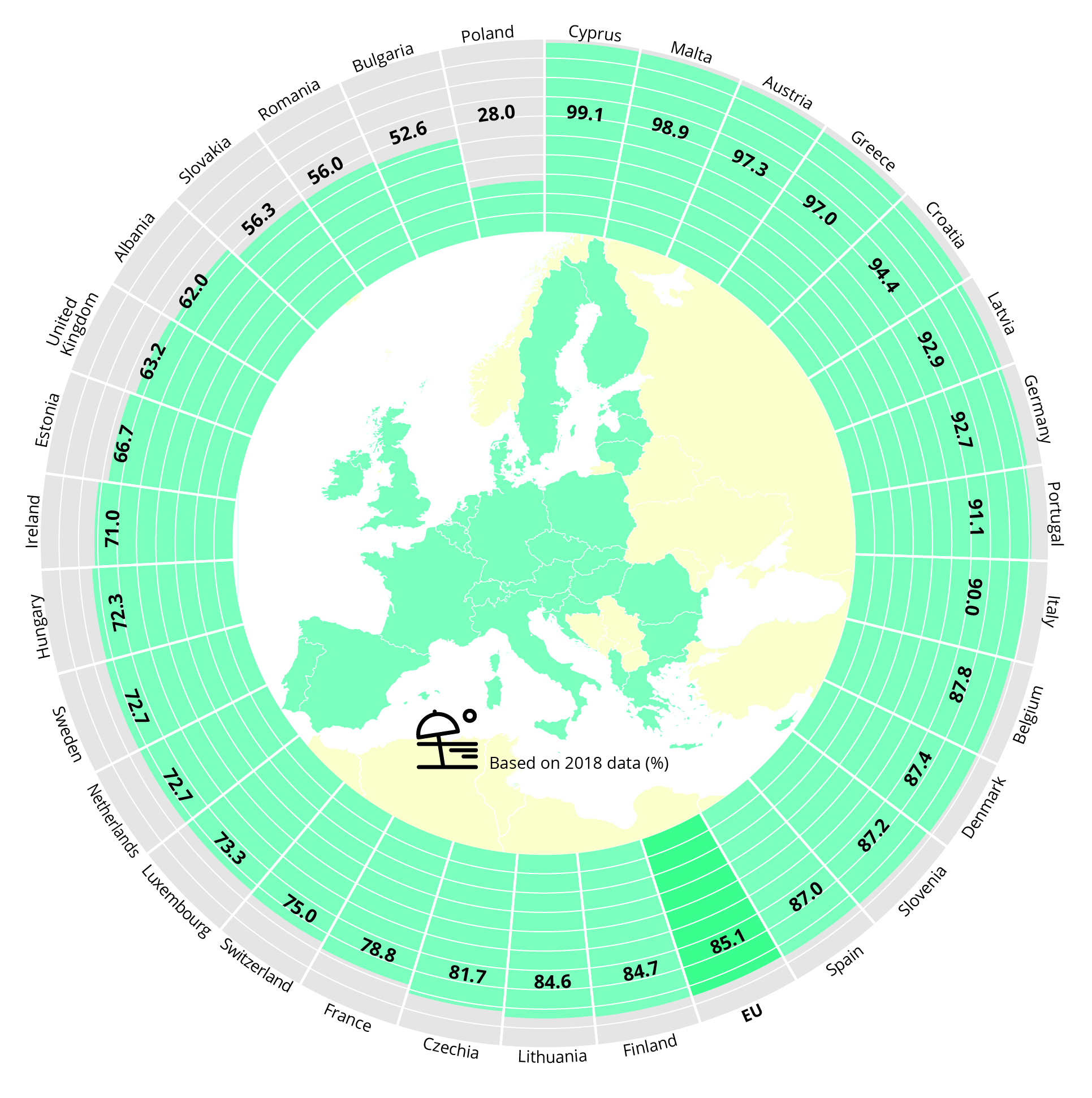 An overwhelming number — 95.4% — of the 21 831 bathing water sites monitored in the 28 EU Member States met the minimum quality requirements under EU rules, according to this year’s report by the European Commission and the European Environment Agency (EEA). In addition, 300 bathing sites monitored in Albania and Switzerland were also included in the report.

The level of bathing sites meeting the most stringent ‘excellent’ quality standards rose slightly from 85.0% in 2017 to 85.1% last year. The number of those meeting the minimum ‘sufficient’ standing fell from 96% to 95.4% from 2017 to 2018. This minor drop is mostly due to the opening of new bathing waters sites for which the dataset of four bathing seasons required for the classification by the Directive is not yet available. In 2018, 301 (or 1.3%) of all bathing water sites in the EU, Albania and Switzerland were rated as having ‘poor’ water quality. This is slightly lower than the 1.4 % in 2017.

Bathing water requirements are set out in the EU’s Bathing Water Directive. Implementation of its rules has helped to vastly improve the quality of Europe’s bathing water over the last 40 years. Effective monitoring and management introduced under the directive combined with the investments in the urban waste water treatment have led to a drastic reduction in untreated or partially treated municipal and industrial waste ending up in the water. Under the rules, local authorities collect water samples at officially identified bathing sites throughout the swimming season. Samples are analysed for two types of bacteria that indicate pollution from sewage or livestock.

The contamination of water by faecal bacteria continues to pose a risk to human health, especially if it is found at bathing water sites. Swimming at contaminated beaches or lakes can result in illness. The major sources of pollution are sewage and water draining from farms and farmland. Such pollution increases during heavy rains and floods due to sewage overflow and polluted drainage water being washed into rivers and seas.

All EU Member States, plus Albania and Switzerland, monitor their bathing sites according to the provisions of the EU’s Bathing Water Directive. The assessment of the bathing water quality under the Bathing Water Directive makes use of the values of two microbiological parameters: Intestinal enterococci and Escherichia coli. Bathing water quality is classified, depending on the levels of faecal bacteria detected, as ‘excellent’, ‘good’, ‘sufficient’ or ‘poor’, Where water is classified as ‘poor’, Member States should take measures such as banning bathing or advising against it, providing information to the public, and taking suitable corrective actions.

Interactive map on performance of each bathing site