Using new technology developed for their research into glioblastoma brain cancer, EU-backed researchers have shown how immune cells protect the tumour rather than the body. 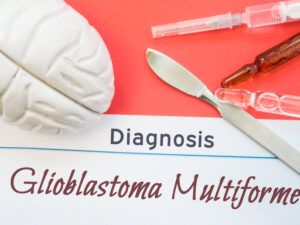 Across the globe, about 240 000 people are diagnosed with brain and nervous system tumours every year. The most common and most lethal of these tumours is glioblastoma, a malignant type of cancer that begins in brain tissue and has no effective cure.

Scientists have thought it probable that the immune cells found inside the tumour are a major reason why glioblastoma is so difficult to treat. Evidence of this hypothesis has now been provided by researchers supported by the EU-funded iGBMavatars project. “We developed a new technology which allows us to visualize, on a molecular level, how the innate immune cells end up defending the tumor cells rather than body,” stated research team leader Dr Gaetano Gargiulo of Max Delbrück Center for Molecular Medicine in the Helmholtz Association in a news release posted on the ‘EurekAlert!’ website.

Glioblastoma is notoriously very difficult to treat. “This is firstly because most cancer drugs can’t get across the blood-brain barrier,” explained Dr Gargiulo in the same news release. The blood-brain barrier is a semipermeable membrane around the brain that prevents harmful toxins or pathogens from entering it. Another reason is that there are multiple subtypes of glioblastoma. Furthermore, the tumour’s composition can change over time, particularly when it recurs after treatment has finished, often taking the form of a more aggressive and lethal subtype. “A better understanding of the glioblastoma subtype identities, and of what triggers their changes, could be a guide for developing new and more effective therapies,” observed first author Matthias Schmitt.

Because of the heterogeneous nature of glioblastoma, an innovative strategy is needed for characterising brain tumour heterogeneity. Prompted by this need, the team created synthetic reporters — genes that are attached to a regulatory sequence of another gene for the purpose of detecting or measuring gene expression. The purpose of these reporters was to make the genetic tracing of tumour cell states possible. The researchers’ findings were published in the journal ‘Cancer Discovery’.

With their new technology, the research team have been able to gain insight into the brain tumour’s biological processes. “Within the tumor cells’ genome, we’ve identified the regulators that program each subtype signature,” explained co-author Yuliia Dramaretska in the news release. “We then turned these short DNA segments into molecular reporters that fluoresce when the cells change.” The team also identified what triggers the change in the cells of the different glioblastoma subtypes. Whereas proneural glioblastoma is described as ‘a hardwired identity’ in the study, mesenchymal glioblastoma was found to undergo a swift cell state change triggered by ionising radiation, but not hypoxia.

Future plans entail using the reporters to figure out how to prevent the immune cells from making the tumour cells more aggressive, according to Dr Gargiulo. “Perhaps we can also encourage them to recruit other immune cells that will help them fight the tumor,” he remarked in the news release. These plans will help to further the iGBMavatars (Glioblastoma Subtype Avatar models for Target Discovery and Biology) project’s goals to improve available treatments so as to enhance patients’ response to them and to lay the foundations for the discovery of new, more effective treatments. 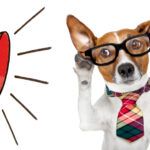 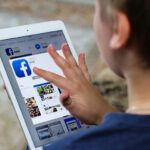 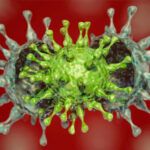