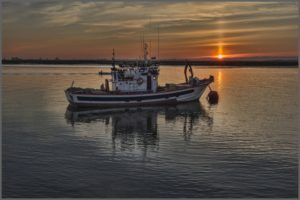 They warn that the number of parasites is rising with global warming, and as fish farms become more common.

Sea lice feed off salmon skin, mucous and muscle, and they can grow up to 18mm long. They thrive in densely populated farm cages where they can easily jump from fish to fish.

Farmers often used harsh chemical treatments to rid their fish of the pests, but these are becoming less effective and there are concerns about the impact of the treatments on the surrounding wildlife and the fish themselves. Between 10% and 15% of Norway’s farmed salmon die of stress caused by the sea lice treatment. Just 5% are directly killed by the parasites, says Davidsen.

Davidsen’s team developed a netting through a project called the Seafarm Pulse Guard that covers the cages and emits electrical pulses that kill off the larvae. The technology has been trialed on three farms and found to kill between 60% and 80% of larvae, he says.

But it cannot be used in isolation, Davidsen adds. Other strategies are also needed, such as including a new technique to rear fish in tanks on land until they reach 0.5 kg before putting them in ocean cages. At this size, they are more resilient to parasites. Other strategies include putting fish farm cages in the open ocean or keeping them at deeper levels where there are fewer naturally occurring sea lice.

Environmentalists are concerned about the impact of sea lice on local wild salmon which swim close to the infected fish farms as they migrate to and from their spawning grounds.

Up to 30% of adult wild Atlantic salmon exposed to areas full of fish farms die as a result of the lice.

Norway has introduced strict regulations, as well as helped fund the development of new technologies and strategies, to try and control the pests.

The country’s fish farms must do a weekly count of the number of parasites on their fish. If they average less than 0.5 adult female lice per salmon, they are granted licenses to expand the tonnage of fish on their farm. If they average more than that, they have to use treatments to reduce the number of parasites. When they cannot get the sea lice under control over an 18 month cycle, they have to reduce the tonnage of fish on their farm.

Until recently, the EU prioritised research into other types of diseases, including furunculosis —a highly contagious and deadly bacterium which infects trout, salmon and other fish— and infectious pancreatic necrosis. But now that many bacterial and viral diseases have been dealt with, the seriousness of parasites has become more visible.

Rising sea and river temperatures are boosting many parasite populations that thrive in and around fish farms, says Dr Sitjà-Bobadilla.

Dr Sitjà-Bobadilla is coordinating a project called ParaFishControl, which has sequenced the genomes of parasites, giving researchers vital information for developing drugs ‘very fast’ in the coming years.

The researchers are also developing products that can be introduced into the feed to make fish more resistant to the pests. 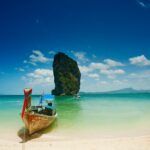 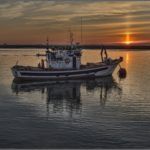