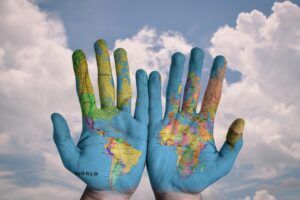 Meeting in New York held in the margins of the United Nations General Assembly. The chief negotiators Commissioner Mimica and Togolese Minister Robert Dussey further specified the economic framework of future relations between African, Caribbean and Pacific countries with the European Union after 2020.

Robert Dussey, Togo’s Minister for Foreign Affairs, Cooperation and Africa Integration, the ACP’s Chief Negotiator and Chair of the Ministerial Central Negotiating Group, said: “We are delighted with the work our negotiators have done since our last meeting. We have made excellent progress together, and I thank all those who have worked steadfastly to advance the common foundation and the regional protocols. We uphold our commitment to conclude an Agreement that will produce a win-win outcome for both the ACP and the EU.”

Negotiations will continue on the remaining parts of the agreement in the coming weeks. Discussions on the so-called “common foundation” for all countries cover the general provisions, international cooperation, the means of cooperation, the institutional framework and the final provisions.

At the same time, talks on the three partnerships with each region will intensify. The chief negotiators are expected to discuss progress on the three regional pillars at their next meeting, scheduled for October.

The Cotonou Agreement currently governing EU-ACP relations is due to expire in 2020. Negotiations on a new ACP-EU Partnership were launched in September 2018.

The initial rounds of talks mainly focused on the “common foundation”, which sets out the values and principles that bring the EU and ACP countries together and indicates the strategic priority areas that both sides intend to work on together.

In addition, the future agreement is due to include specific, action-oriented regional pillars focusing on each region’s needs. The first round of consultations on the regional pillars was concluded in spring 2019.

The future ACP-EU Partnership will serve to further cement the close political ties between the EU and ACP countries on the world stage. Together, the ACP countries and the EU represent more than half of UN member countries and over 1.5 billion people.